New figures from HESA reveal rising graduate unemployment on the same day as Department of Education stats show an increase in numbers of 16-18 year old NEETs. 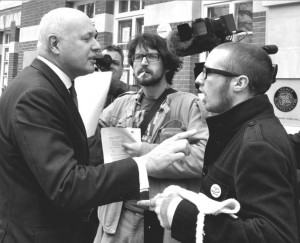 Figures released today by the Higher Education Statistics Agency (HESA) reveal that the number of graduates out of work six months after graduation has doubled in the past five years.

They also suggest that, due to a shortage of well-paid graduate positions, the number of graduates in elementary occupations has doubled over the same period.

Sally Hunt, the general secretary of the University and College Union (UCU), said:

“Today’s figures are further bad news for students. People working hard at university face an incredibly challenging jobs market when they graduate and the government should be doing more to stimulate jobs and growth.

We already have huge numbers of people on the dole, and while the prime minister attacks people on benefits, he is doing little to help them get off benefits and on with their lives.”

Furthermore, a second dataset, released today by the Department of Education, reveals that the proportion of 16-18 year olds not in employment, education or training (NEETs) rose from 7.5% to 8.1% between 2010 and 2011.

• Labour market statistics: Unemployment is falling, yet so are real wages 20 June 2012

• Encouraging news on jobs, but far too early to call a labour market recovery 7 March 2012

• There’s growth in jobs, but growth can’t keep up with demand 8 February 2012

“An increase in 16-18 year olds not in education, employment or training (NEET) is a sad indictment of coalition government policy. Reducing benefits such as the Educational Maintenance Allowance was a totally wrong decision.

This money made a real difference to young people and their families. Without this many pupils have no option but to opt out of further education or training…

Young people are paying a high price for education policies that ensure less rather than more participation and engagement in schools and further education. The Government cannot be complacent about such figures.

Cutting education budgets is never a good idea. It leads to the potential waste of a generation that will cost society far more in the long term.”