The conflagration in Syria is in danger of sucking in the great powers.

During the Cold War, conflicts around the world served as proxies for the clash between the USA and the USSR, although the level of involvment ranged from encouraging words through the supply of arms to the actual provision of troops.

The imprecise nature of the great powers’ involvement lead to change and counter-charge and rising tensions. 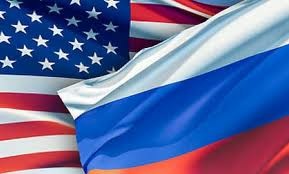 Some have suggested that it is, in part, this Cold War legacy that has motivated Russia to shield Syria at the UN Security Council.

However, in a move reminiscent of that era, America has accused the Kremlin of arming the Syrian government as the Middle Eastern country continues to slide deeper into civil war. The Washington Post reports:

“Russia, a longtime ally and supplier of arms to the Syrian government, has acknowledged that it is continuing to honor contractual military shipments to Damascus, while stressing that it is not providing weapons that could be used against opponents of the government.

“But in an unusually direct rebuke, Secretary of State Hillary Rodham Clinton on Tuesday dismissed such assertions as ‘patently untrue.’

“We have confronted the Russians about stopping their continued arms shipments to Syria,” she said.

“Russia’s shipments, while legal, set the stage for a new diplomatic confrontation with the Obama administration at a time when Washington and its European and Arab allies have been struggling to persuade Moscow to step up diplomatic pressure on Assad to bring an end to nearly 15 months of bloodshed.

“The shipments — which U.S. officials said were thought to be en route to Damascus — would arrive as the Syrian government escalates its use of force against opposition strongholds, including the deployment of ­Russian-built attack helicopters from its existing reserves.”

It appears that the Syrian fire must be put out quickly before the flames reach some much larger players.

• “Following his support for Assad, Putin now hopes to silence his own dissenters – 6 June 2012