In the wake of the unfolding A4e scandal, a new survey reveals bafflingly low client referral rates among welfare-to-work subcontractors. What’s going on?

One of the big ideas behind the government’s welfare reforms is that local charities would be better at getting the unemployed into work than government. 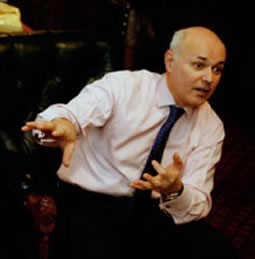 It just so happened that there would be a middleman – often a  big contractor like A4e that, despite suffering several fraud arrests, still carries £200 million of public sector contracts.

Once the contractor takes on the case, they then find a subcontractor – the small local organisation – who will actually help secure employment for the jobseeker.

Except that specialist trade magazine Third Sector have reported the majority of welfare-to-work subcontractors  in one survey have had precisely no client referrals.

The survey, conducted by the London Voluntary Service Council, found that out of 16 different subcontractors throughout the capital, 11 of the subcontractors had yet to receive a single referral in the first year of the Work Programme.

Five were considering withdrawing, two had already done so, and one had never signed a contract in the first place.

All 16 were ‘Tier 2’ subcontractors, which, Third Sector note, ‘deliver shorter, more specialist interventions than those in the tier 1 category, focusing on tackling a particular barrier to work.’ None, the Voluntary Service Council’s report continues, have any indication of how many clients they might receive in the next year.

This is, they observe:

“…symptomatic of flaws in the design of the Work Programme, which suggests it isn’t offering disadvantaged clients the support they need.”

It would be bad enough if the Big Society ideal of supporting small local charities was a sham. But it also opens up the door to the possibility of fraud. The middleman contractor is paid when taking on a case, and then paid again when that client stays in work for 26 weeks, and thereafter receives weekly payments for every week the client keeps their job.

This obviously leads to the potential for large contractors taking on cases, cashing the cheques and then not bothering to to refer them.

Give the range of fraud allegations affecting contractors like A4e, it is a real possibility.