Two reports this week provide a harrowing snapshot of life in the UK for women who seek asylum here, writes Dr Russell Hargrave of Asylum Aid.

A report published yesterday provides a harrowing snapshot of life in the UK for women who seek asylum here. 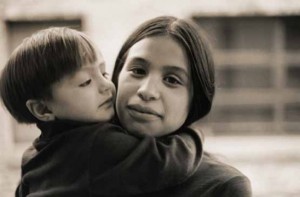 Of the 72 women interviewed by Women for Refugee Women, 48 per cent had fled their home countries after being raped, while 49 per cent had been arrested or imprisoned.  All told, 66 per cent had experienced gender-related persecution.

These are women fleeing unimaginable horrors – yet only three were recognised as refugees. The overwhelming majority were disbelieved by the UK Border Agency, which so far remains resistant to any attempts to overhaul its entrenched ‘culture of disbelief’.

What are the policy failings that allow this situation to arise, and how widespread is the problem?

One attempt to answer this question is provided in Asylum Aid’s own report, Gender-related asylum claims in Europe (pdf), published today in collaboration with our European partners in Spain, France, Italy and Hungary. The report looks at all forms of gender-related persecution, but focuses primarily on women.

Drawing on interviews with women who have fled persecution in 27 different countries, it concludes that there are vast, worrying disparities in the way different EU member states handle gender-related asylum claims. As a result, women are not guaranteed anything close to consistent, gender-sensitive treatment when they seek protection in Europe.

Among the nine states researched – the UK, Belgium, France, Hungary, Italy, Malta, Romania, Spain, and Sweden – there are glaring discrepancies in national asylum practice. The protection available to women in one state may be wholly absent across the border. Spain, for example, fails to recognise trafficking as a form of persecution.

Neither is Forced Genital Mutilation (FGM) always recognised as persecution in France, Malta, and Romania.

On a strategic level, fewer than half the states have adopted gender guidelines so are missing a crucial tool for guiding asylum decision-makers on gender-related claims. One country, Romania, fails entirely to publish asylum statistics broken down by gender, despite legal obligations to do so.

There is a smattering of good practice from which all states could learn. In Malta, for example, the burden of proof is lowered for women who are severely traumatised. Authorities in the UK and Belgium provide childcare during most asylum interviews: this is crucial, to ensure that no mother is forced to choose between disclosing distressing details in front of her children and holding back information central to her asylum claim.

Nonetheless there is a lot of lobbying ahead, here and across Europe, to develop good practice and strip away the bad.

In case anyone needed a reminder of what was at stake, one of the speakers at the Refused launch was Helen Bamber, the doughtiest of all campaigners for asylum rights. “How do we respond,” she asked rhetorically, “to those to whom we owe nothing?”

Answering this question positively has helped Europe define itself in modern times. And now more than ever, our answer must include ensuring basic standards of dignity and safety for women who flee to Europe, regardless of the state to which they turn for help.