The Daily Telegraph has joined the ranks of the Daily Mail and Daily Express in exaggerating the costs of environmental regulations, reports Will Straw.

The Daily Telegraph has joined the ranks of the Daily Mail and Daily Express in exaggerating the costs of environmental regulations. 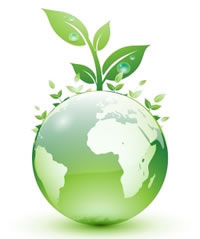 An article in today’s paper features the headline ‘£200 a year for green power’. A longer version of the article appeared online yesterday.

“Government estimates suggest the new subsidies will put an extra £205 a year on the average household electricity bill over the next 15 years. It has predicted domestic electricity figures will rise from £477 per year to £682 per year by 2026.”

Although bills are expected to increase from 2011-15 to 2026-30 this is largely due to increases in wholesale costs, network costs, supplier costs and margins, and VAT.

• If Osborne gives up the lead on climate change, he can kiss goodbye to a recovery 10 Oct 2011

The Telegraph are more accurate in citing figures from the Committee on Climate Change which show £110 of the expected increase in electricity bills from £1,060 in 2010 to £1,250 in 2020 will be due to environmental policies. But this is assuming there are no further measures to improve energy efficiency which could reduce average bills to £1,050 by 2020 – effectively reversing the increases in both wholesale gas costs and environmental policies.

Meanwhile, there is a considerable downside risk that high gas prices due to increased global demand from countries like China could push up wholesale costs. This would see costs soaring to £1,425 with nothing to do with environmental policies.

This is not to suggest the Energy Bill is flawless. It is not. IPPR’s own research (pdf) has shown the Carbon Price Floor will increase the cost of carbon without a commensurate reduction in carbon emissions. The Energy and Climate Change Select Committee has found (pdf) the ‘contracts for difference’ mechanism is actually unsuitable for supporting renewable generation.

Challenging the government to achieve its legal obligations to reduce carbon emissions at the lowest possible cost is a worthy aim. But the distortion in the Telegraph’s story does little to help us understand how to make this happen.

The excellent Carbon Brief blog has dissected the Telegraph’s erroneous claims in even more detail.

Will The Telegraph admit their error and issue a clarification?

20 Responses to “Telegraph distorts the truth on energy bills”