In November 2011 Angel Gurria, the Secretary General of the OECD, said something many would think quite extraordinary on the OECD blog: 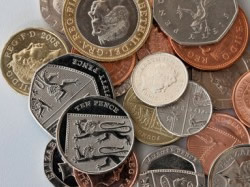 In general, we see three main ways to tackle inequality: promoting employment for all; enhancing access and performance in education and training at every level by investing in people’s skills and reforming tax benefit systems to help a fair distribution of income while fostering growth.

None of these are easy. Take tax benefit systems, for instance. These have become less effective in redistributing income, due to cuts in benefits, tighter eligibility rules and a shift away from progressive income tax.

Some countries will find room to improve fairness by closing tax loopholes, eliminating deductions and tax havens and reassessing taxes on wealth and property. Tax rates on high earners have declined in recent years so raising marginal tax rates on high incomes would help restore fairness and generate some extra revenue as well.

If you were looking for a proponent of progressive taxation, the OECD is not the place you would expect to start. And yet the mood for change exists and the realisation that inequality is an economic and social problem is now widespread. We have much to thank Richard Wilkinson and Kate Pickett for.

As I discussed in a policy paper published today and presented at the first meeting of The Centre for Labour and Social Studies (CLASS), creating progressive taxation is not going to be easy. The reason for that is not because we cannot create arguments for such taxation; I put forward eight arguments in the paper and think it is quite easy to dismiss the views of opponents.

The problem is, for more than 30 years there has only been one dominant view on taxation policy, and that is the view of the Washington Consensus.

On tax, the Washington Consensus prescribed that:

• There will be no increases in personal taxation rates

• Corporate tax rates will be cut to stimulate growth

• Tax simplification, which removes allowances and reliefs, is welcome

• Indirect taxes such as those on consumption like VAT, alcohol, tobacco and fuel taxes are the new basis for revenue raising

The result is all too easy to see in the UK. Over the space of 30 years, top rates of income tax have fallen from 60% to 45%, corporation tax has fallen from 52% to 22%, there are demands for flat taxes, VAT has risen from 12.5% to 20%, tariffs are gone and tax haven usage is being actively promoted by the current government.

Delivering progressive taxation to tackle inequality is therefore much harder than simply reversing the cut in the 50p tax rate – useful as that would be in both revenue raising terms and in addressing inequality.

What we need is a new tax consensus that will be the foundation of a drive towards tackling inequality in tax and more generally. It is the conditions for creating that new consensus – which I call a Tax Justice Consensus – that I focus on in my CLASS paper.

This is a big task, and yet the ground work has been laid. If it hadn’t, the OECD would not already be supporting our claim that reducing inequality is an essential component of creating a viable economy and world for the 21st century to replace the neoliberal paradigm of the Washington Consensus.

I suggest that the fundamental assumptions that this new consensus will embrace should be:

• Barriers to the effective taxation and distribution of wealth being removed;

• Taxation policy facilitating the creation of sustainable employment in sustainable businesses that have access to the capital needed to deliver long term security;

• Taxation policy assisting the process of holding global capital to account both internationally and locally so that it contributes to the common good;

• Capturing the information needed for effective decision-making on the allocation of resources, where information is seen as a public good;

• Taxation policy tackling the supply side incentives for corruption, most especially in tax havens or secrecy jurisdictions;

• Tax policy being integrated and coordinated internationally to deliver a race to the top in delivering effective policies to tackle inequality, poverty and in promoting a genuine level playing field in market competition;

• Tackling the free flow of financial capital that undermines the stability of world markets, nations and the well-being of the vast majority of people (those benefited being a tiny minority of rent seekers). On the other hand, the flow of productive capital that encourages the creation of real wealth, whether through work, the creation of human capital, sustainable ecologies or the promotion of learning, must be encouraged.

As fundamentally important as progressive taxation is on this agenda, it will not be a policy capable of being pursued in isolation.

Now is the time for the left to think big on these issues and that is why I have welcomed CLASS into this debate. I encourage others to think not just about the micro policy changes that the left want to embrace now but about the framework for our thinking as well. That’s how the right delivered the Washington Consensus. It is how we could deliver the Tax Justice Consensus. Our job is to do just that.