Ros Baston explains why the coalition government’s Individual Electoral Registration plans are not the answer to electoral fraud.

Ros Baston runs Baston Legal, an independent political and election law practice; she was formerly a lead adviser at the Electoral Commission

One of the boldest government claims for its Queen’s Speech programme is that the magic wand of individual electoral registration (IER) will banish the spectre of electoral fraud. This will generally be seen as a good thing given the recent allegations of non-existent voters in Tower Hamlets at the Banglatown and Spitalfields by-election. 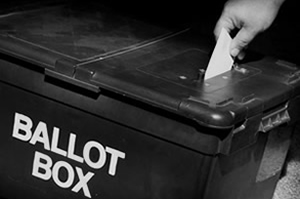 It’s a nice theory – if everyone on the register has had their identity checked through their date of birth and National Insurance Number, the ‘ghost voters’ will be exorcised and all will be well.

But will it only result in real voters becoming the ghosts?

The first issue is that there is no evidence this type of electoral fraud is a real problem.

Most allegations of registration fraud centre on particular wards in particular areas at particular times. Tower Hamlets, for example has been dogged by problems for years, and this reflects wider political tensions in the area.

There is nothing to suggest there is a widespread nationwide problem, or that it is the work of anything other than very localised rogue elements with a direct interest in the outcome that year.

In fact, only 13 cases of registration fraud in the 2011 elections were still being investigated in March 2012 – two of which were in Northern Ireland which already has IER. And none of the concluded cases resulted in so much as a caution, let alone a conviction. Further, the Electoral Commission has stated no election results would have been affected.

Policy and legislation should be evidence led. The evidence in this case is that IER could mean hundreds of thousands of real voters vanishing from the register (see my previous article), and that existing efforts by electoral officers to identify irregular registrations have paid off in recent years – even in Tower Hamlets.

The second problem with the government’s position is that it relies on the identity verification process working smoothly.

However, the results from the initial data matching pilots were dismal.

Matches with the DWP database hit 82.4% at best, with a less than precise definition of a ‘match’ and no checks on National Insurance Numbers (NINOs). This is partly because the electoral officer’s information may be more up to date than the DWP’s – but the effect is that the officer would then have to ask for and obtain additional information from thousands of voters within a short timescale.

Without meaningful data pilots and adequate resources for officers, this could result in a register comprised mainly of those with stable addresses and employment with the young and mobile even more grossly under-represented than at present.

The third problem is that ‘ghost voters’ are only part of the electoral fraud issue. Potentially, the problem of postal vote ‘harvesting’ is more disruptive and harder to identify as witnesses rarely agree to make formal statements for use in criminal proceedings.

‘Harvesting’ happens when people collect others’ postal ballot papers and complete them, and it features heavily in the recent Tower Hamlets allegations. The requirements for signatures, NINOs and dates of birth for postal votes have made it significantly harder, with fewer reports of mass operations such as those in Birmingham in 2004.

But, with the help of a well-organised spreadsheet or a little more pressure on the victims, it is still workable.

As with most criminals, electoral fraudsters adapt to new circumstances. So it seems logical that efforts to create ghost voters, such as they are, will be diverted into harvesting – even harder to spot and to prove in court.

So, while IER may help with a few isolated fraud cases, it is misguided to think it will make enough difference to make up for the damage to the electoral register. A more effective way to deal with fraud is to build on electoral officers’ current work in identifying it, and to develop better strategies to deal with harvesting, or alternative, more secure ways of voting.

This will take effort, and a lot of sensitivity, but it could achieve results that IER never will.

IER does, of course, have its place. It is ridiculous that we rely on a ‘head of household’ signing off on everything, and modernisation is overdue. But it must be carefully implemented, with proper attention to keeping vulnerable groups on the register and without being distorted by an illusory aim it will not achieve.

After all, electoral integrity is not just about fraud – it’s about making sure as many people as possible can take part.