We’re hoping #guiltfreeEurovision & azerbaijanpetition.org will trend on the evening of Eurovision, writes Mike Harris, Head of Advocacy at Index on Censorship.

Mike Harris is Head of Advocacy at Index on Censorship 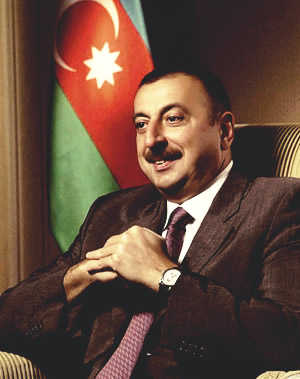 Ever-modest, he dedicated his acceptance speech to his colleagues in Azerbaijan, saying:

“To tell the truth can cost a journalist their life.”

Upon his return to Baku, a group of employees from the State Oil Company of Azerbaijan (SOCAR) attacked him viciously while he filmed the forced demolitions of homes on the outskirts of the capital. The police stood by as he screamed for help.

From his hospital bed, he told us:

“They weren’t just beating me, they were trying to kill me.”

Idrak is still unable to walk, his sight and internal organs have been damaged, and his ribs are fractured – this is what happens to journalists in Azerbaijan who speak out against the government.

To the chagrin of the authorities, the Eurovision Song Contest has highlighted Azerbaijan’s deteriorating human rights record. But journalists and human rights activists on the ground are worried that after the international media circus moves on, the government will retaliate with arrests.

Index on Censorship has launched a petition – azerbaijanpetition.org – to keep up the pressure on the government. By signing you’ll be sending a clear message that journalists like Idrak Abbasov are not alone.

Finally, we’re hoping #guiltfreeEurovision azerbaijanpetition.org will trend on the evening of Eurovision – if you’re on Twitter, please tweet this tonight and ask your followers to sign the petition.