Politics and public opinion across Europe changed decisively in May; before then the austerians dominated - but now, the tide has turned, writes Steve Hart.

Politics and public opinion across Europe changed decisively in May. Before then the austerians dominated. However compelling the intellectual arguments for growth strategies, the right prevailed. The Greek and French elections put paid to that. 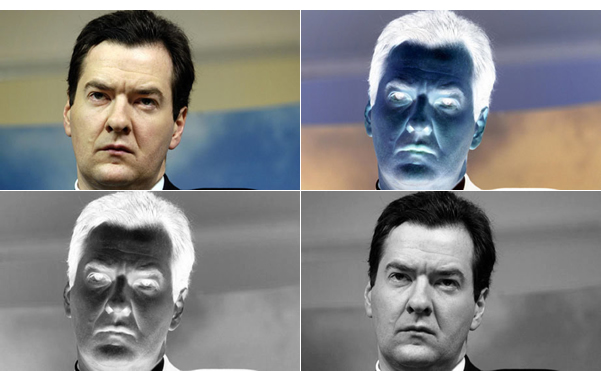 In Britain, opinion polls steadily shifted towards opposition to government policies – May not only saw a strong Labour win in the elections, but also several polls which clarified the current position of the British people.

These include the 11th-12th May YouGov-Sunday Times poll where broadly 40% said the government should change its strategy to concentrate on growth even if this means the deficit stays longer, whereas only 32% wanted to stick to the government’s current strategy.

Now a new poll conducted by YouGov, commissioned by Class – the new trade-union backed think tank – shows strong support in this country for the anti-austerity policies championed by François Hollande.

When asked about policy measures to kick-start growth, including:

• Establishing a publicly owned bank to lend to SMEs;

• Reducing the pension age to 60 for people who have worked 41 or more years;

• Providing more financial support for young people from low income families for college and university; and

– support ranged from 56% to 74% – a remarkable level of support for radical policies.

• Oxfam: Austerians guilty of “bad economics, bad arithmetic and ignoring the lessons of history” 24 May 2012

• Balls: “Complacent and out of touch” Cameron and Osborne to blame for deeper double-dip 26 May 2012

Except on the income tax proposal – the Tories split 42-51% on that – all these policies were backed by supporters of all parties. The proposal for a publically owned bank to lend to small and medium business had the support of 74% of those polled. Even 72% of Tory voters supported it.

Fully 70% agree that “redistributing wealth from the richest in society” is an important aim in settling economic policy – indeed 50% of those who voted Tory at the last election agree with this.

The left is on the same side as the majority of public opinion in the UK. These results show that an apparent consensus behind austerity-focussed economic policy has well and truly collapsed. Across Britain and Europe there is now an unmistakable and growing demand for a radical alternative to austerity.

We need to apply ourselves to three priorities.

We need creative thinking and debate to find the necessary solutions. CLASS will launch at a seminar Towards 2015 – Strategies for Jobs and Growth this Saturday; strongly supported by Unite, GMB, PCS and other unions, and working with a growing body of academics, we aim to contribute, alongside the good work already done, to develop the alternatives to austerity.

We aim to ensure ideas for the alternative to austerity are turned into bold, radical policies which can convince and capture the imagination of the British people. Labour, with its new found confidence, is well placed to succeed – if the party and Mr Miliband have the courage and confidence to take these messages on board.

We must campaign as vigorously as possible against the coalition’s dangerous policies – and make the TUC protest on October 20th an historic monster demonstration.

One, two or even three swallows don’t make summer, and it is important to recognise a few good polls and elections don’t signal fundamental changes in thinking. We do need to proceed cautiously – but equally it is no longer tenable to argue austerity policies are necessary because they are credible.

Very difficult times are ahead, economically and politically – but just maybe we are seeing the early signs of political spring. Growth not austerity is becoming real.

• All figures, unless otherwise stated, are from YouGov Plc.  Total sample size was 1,727 adults. Fieldwork was undertaken between 21st-22nd May 2012. The survey was carried out online. The figures have been weighted and are representative of all GB adults (aged 18+). Full polling results are available in this xls spreadsheet.

• The Class launch seminar: Towards 2015 – Strategies for Jobs and Growth will be held in London tomorrow (Saturday). More information on the launch seminar can be found here.

• The Centre for Labour and Social Studies (Class) is a new think tank established by Unite the Union, GMB and the Institute of Employment Rights to act as a centre for left debate and discussion.

Originating in the labour movement, Class is working with a broad coalition of supporters, academics and experts to develop and advance alternative policies for today. For more information see here.