Tory MEPs have voted against the withdrawal of gender identity from the the International Classification of Diseases' list of mental and behavioural disorders.

Tory MEPs have voted against the withdrawal of gender identity from the the International Classification of Diseases’ list of mental and behavioural disorders. 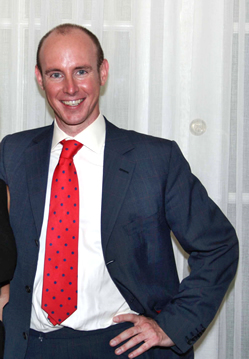 Daniel Hannan and Nirj Deva voted alongside the likes of the BNP’s Nick Griffin and Andrew Brons in opposing Labour MEP Richard Howitt’s amendment to human rights legislation, with other Tories abstaining.

• Commends the Council, the EEAS, the VP/HR, the Commission and the Member States on their engagement in favour of LGBT people’s human rights in bilateral relations with third countries, in multilateral forums, and through the EIDHR;

• Welcomes the reintroduction by the UN General Assembly of sexual orientation as grounds for protection from extrajudicial, summary or arbitrary execution, and welcomes the EU’s efforts to this end;

• Calls on the Commission to advocate the withdrawal of gender identity from the list of mental and behavioural disorders in the negotiations on the 11th version of the International Classification of Diseases (ICD-11) and to seek a non-pathologising reclassification;

• Reasserts that the principle of non-discrimination, also embracing grounds of sex and sexual orientation, must not be compromised in the ACP-EU partnership;

• Reiterates its request that the Commission produce a comprehensive roadmap against homophobia, transphobia and discrimination on grounds of sexual orientation and gender identity, also addressing human rights violations on these grounds in the world;

• Calls on the Member States to grant asylum to people fleeing persecution in countries where LGBT people are criminalised, taking into consideration applicants’ well founded fears of persecution, and relying on their self-identification as lesbian, gay, bisexual or transgender.

“These Tories should explain why they refused to support an engagement in favour of LGBT people’s human rights when the EU negotiates with countries outside the EU and in multilateral forums. It’s important we use our trading power to encourage reform in countries where LGBT people are persecuted.

“We called for the reintroduction by the UN General Assembly of sexual orientation as grounds for protection from extrajudicial, summary or arbitrary execution also embracing grounds of sex and sexual orientation – this is human decency and every British MEP should fully support it.

“So why did the Tories abstain?”