The Welsh government has launched a strong attack on Westminster’s plans for variable pay in the public sector following the news over the weekend that UK health secretary Andrew Lansley is supporting the Treasury’s push for regional pay in the health service, a measure that would have an impact on nurses, midwives, hospital porters, cleaners and paramedics. 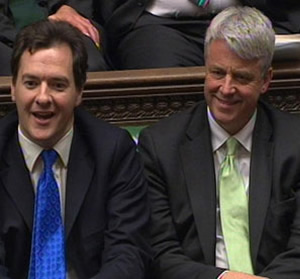 In announcing the Scottish and Welsh governments have submitted a joint letter to the NHS Pay Review Body making crystal clear it will not be provided with a remit to consider regional health service pay in Scotland and Wales, Welsh health minister Lesley Griffiths outlined the anger of the Assembly government.

“Our stance on introducing regional pay is clear – we do not support it. We view it as Tory code for cutting the pay of NHS workers in Wales.”

Peter Meredith-Smith, associate director of the Royal College of Nursing in Wales, added:

“We would see regional pay as a negative step for health services and nurses in Wales – it’s ideologically-driven and supports market thinking, creating competition between organisations whether across the border or within Wales.

“We have always had a very cohesive and rational approach to workforce planning in Wales but introducing a market philosophy means that will go to the wall.

“There’s a real risk of drift of staff to areas which are more affluent and this approach would drive down pay in certain areas – I suspect Wales would suffer badly.”

• Scotland, Wales and Northern Ireland round on Osborne over regional pay plans 31 Mar 2012

Meanwhile, as the Chief Secretary to the Treasury, Danny Alexander yesterday called on Whitehall departments to make an additional £16 billion of savings, in Scotland, Labour has accused the SNP of breaching a manifesto commitment to protect the NHS budget.

In a paper (pdf) produced for Holyrood’s health and sport committee, Dr Andrew Walker, a health economist at Glasgow University, revealed the country’s 22 NHS boards are planning to save a total of £256.3 million in 2012-13. The figures come despite the SNP’s manifesto pledge (page 3, pdf) at the 2011 elections “to protect the NHS budget in Scotland”.

“The cold, hard reality is that across Scotland, health boards are being forced to make multimillion-pound cuts because of SNP budget decisions.

“The SNP government at Holyrood appear increasingly out of touch with the pain they are inflicting on our health services locally. Under the SNP, over 4,500 NHS staff have lost their jobs, including 2,000 nurses.

“It is grossly unfair that it is hard-working frontline NHS staff that are being forced to bear the brunt of the SNP’s cuts. It is a betrayal of all those who put their trust in the SNP, expecting them to keep their promise to protect the health service and frontline workers.”

Dismissing the finds of the report, a spokesman for the Scottish government responded:

“This government is committed to protecting health spending and it is wrong to suggest otherwise. The health resource budget is protected – we will see a record £11.6 billion resource funding for health in Scotland in 2014-15, that’s £826 million more than in 2011-12.

“These figures are absolutely not cuts to the health budget – boards are looking to make some services more efficient and any savings will be reinvested in local frontline care. It’s right that boards make sure the taxpayer gets the best possible value for money.”