The influential Energy and Climate Change (ECC) Parliamentary select committee have today demanded the government take responsibility for the UK’s still-rising emissions, stating Britain “has to address its consumption if it is to make an effective contribution to a global reduction of greenhouse gas emissions”. 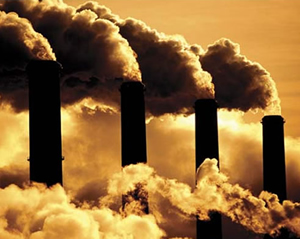 Whilst on paper, Britain’s carbon emissions have fallen by 19% since 1990, when measured on a consumption basis – by factoring in imported goods that the UK consumes – they have risen by 20% over the past 20 years.

As the Public Interest Research Centre (PIRC) showed through an investigation using Freedom of Information requests last year, ministers and civil servants have been fully aware of this extremely concerning trend for many years, yet done nothing – content to maintain a conspiracy of silence.

An early report into the matter by the Department for Environment, Food and Rural Affairs (DEFRA) was nearly not published following internal wrangling.

The Department of Energy and Climate Change (DECC), meanwhile, remains stolidly focused on domestic emissions and refuses to even publish the UK’s consumption-based emissions on its website.

• Emissions hit all time high: how will the “greenest government ever” respond? 1 Jun 2011

The ECC’s radical new report places the onus firmly on the government to tackle this ‘outsourcing’ of pollution.

Amongst its recommendations, it calls on DECC to:

“…explore the options for setting emissions targets on a consumption basis at the national level, and to set out the steps it will take to do this when responding to the Committee’s report.”

It blasts government complacency about the matter:

“…we were concerned at the start of our inquiry that DECC officially regard consumption-based emissions as nothing more than an intellectual curiosity.”

And dismisses as “shortsighted” DECC’s suggestion that a consumption approach has:

Instead, it shows how various local and regional authorities have used a consumption approach to inform citizens about their environmental impacts and develop new policies for changing behaviours.

Strikingly, the committee suggests there are “two main reasons for the fall in the UK’s territorial emissions, neither of which were the result of the government’s climate policy” – namely the increase in gas generation during the 1990s and the outsourcing of manufacturing industry.

Whilst globalisation has driven emissions-intensive industry away from many developed countries towards the Far East, the situation for the UK has been particularly acute.

As the report says:

With such poor performance must come renewed responsibility.

It is not enough, the ECC argues, to simply rely on developing countries cleaning up their export industries for us; in one of the report’s most radical passages, they state:

“The UK’s consumption cannot rise indefinitely and we see a role for consumption-based emissions reporting in addressing this unsustainable behavior.”

The committee’s findings are a firm rebuttal of chancellor George Osborne’s ‘go-slow’ approach to climate change, as outlined in his conference speech last year when he said:

“Britain makes up less than 2% of the world’s carbon emissions to China and America’s 40%… So let’s at the very least resolve that we’re going to cut our carbon emissions no slower but also no faster than our fellow countries in Europe.”

In contrast, the ECC – which is chaired by Conservative MP Tim Yeo – argues that since the UK’s carbon footprint is still growing, this is no time for the government to rest on its laurels.

Instead, it suggests Britain should return to a climate leadership position:

“It was – in part – Britain’s leadership on the issue of climate change in the early 1990s that eventually led to the signing of the Kyoto protocol in 1997.

“Perhaps in the 2010s an admission of responsibility by the UK for the impacts of its consumption could lead the way for other net importers of emissions to do the same, and allow some of the barriers to a climate change agreement to be surmounted.”

The government is now obliged to respond to the ECC’s recommendations. It may yet try to ignore what the committee suggests, but it cannot ignore the huge issue of outsourced emissions any longer.