Only Labour continues to speak up for the taxpayer in banking, writes Cormac Hollingsworth.

The FT reports (£) today that the British Banking Association (BBA) has written to Financial Secretary to the Treasury Mark Hoban telling him the new regulator should be obliged to conduct a “cost benefit analysis” of the effects of any new regulation on the banking industry. 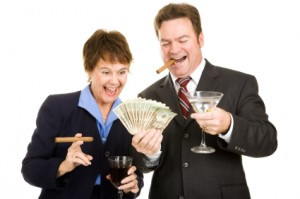 If we let this pass because we’re so used to this language we’re foolish. Shall we compare the bank’s cost benefit analysis of regulation with the equivalent taxpayers’ analysis of the banks?

The taxpayer would first put in the cost of the £60 billion taxpayers put into the banks that failed; followed by the lost output of almost half a trillion pounds since 2007, and finally the enormous taxpayer debt of three hundred billion that, if Osborne does his 100-year bond, our great grandchildren will still be paying off.

If the BBA took into account the enormous cost of banks’ failures in the last five years, they would be more silent on cost benefit analysis of regulatory change.

However, it is illuminating that they don’t, because it goes to the heart of the problem in our financial system – the failure to take into account the risk to the system. And this is crucial.

• The government has the power to stop Hester’s bonus, they just don’t want to 27 Jan 2012

The collapse in 2008 revealed that individual profit-seeking behaviour by banks could destabilise the whole economy. So we’d be mad to allow that regulatory cost-benefit analysis applied only to banks’ profits. But that’s what the BBA wants.

If that happens, our regulator will always come out in favour of regulation that destabilises the economy!

But, even so it is illuminating that the banks continue to fail to take into account of the system-wide effects of their actions. Even in their lobbying, it would appear the taxpayer doesn’t count.

But before we give the banks the benefit of the doubt, in the past five years, what actually has changed in the banking industry? Sadly very little.

Furthermore, lending is lower than when the government intervened. It’s worse than it was in 2007, because the banking industry is still behaving the same and shows no sign of learning the lesson. They have done nothing to earn any right to speak up.

But that doesn’t stop them from lobbying hard, with the budgets to back their lobby firms like the BBA. So who is speaking up for the taxpayer?

Unfortunately what voice there might have been from the coalition has been crushed. The financial services bill doesn’t put the primary goal of regulation as being to protect taxpayers. Instead, all the power lies with an unelected Bank of England Governor that may deign to phone the Chancellor of the Exchequer when the governor thinks there is a problem.

Only Labour continues to speak up for the taxpayer in banking. It’s time for Ed Balls to get the credit for repeatedly telling the government that “the buck stops with the taxpayer, so the taxpayer should have a say on regulation”.

As we see, if we let the bank profits alone run our regulation, we’ll be back in a crash sooner than you can say “bash the bankers”.