Tess Lanning, research fellow at the Institute for Public Policy Research, looks at what The Fixer Alex Polizzi can tell us of Labour’s approach to the economy.

Tess Lanning is a research fellow at the Institute for Public Policy Research (IPPR) and co-author of the report ‘No Train No Gain: Beyond free market and state-led skills policy’, published today at www.ippr.org

Once a week you can watch Alex Polizzi, in her series ‘The Fixer’, help failing family firms specialising in anything from bread to bridal wear, and furniture to car repair services, learn how to innovate. 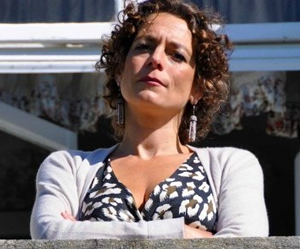 The British hotelier mentors the family members to develop their products, identify and compete in more diverse and higher value markets, and to develop and use the skills of their staff in ways that improve the quality of their goods and services.

What’s notable about this compelling BBC series, tucked away on Tuesday nights on BBC 2, is that Polizzi offers the sort of business support that is almost non-existent in England.

Labour set up the business support service Business Link, which was much criticised for being too generic, with little or no operational knowledge of different sectors or markets. The coalition is hoping to deregulate its way to growth and even Business Link has been reduced to a website and a phone line.

With little desire to intervene at the firm or sector levels, improving individuals’ skills became the principal form of intervention in the economy.

Labour put adult skills centre-stage in its strategy for social inclusion, and also argued that a more highly qualified workforce would help to drive innovation, competitiveness and the resilience of British firms. Targets followed to increase qualification rates at school, university and in the workplace and rhetoric about the promised ‘knowledge’ economy abounded.

• A new strategy to help save UK manufacturing 5 Dec 2011

Yet despite impressive investment in the skills of the workforce under Labour, the development of a knowledge economy has been slower than hoped. Demand for higher level skills has been increasing since the 1980s, but nearly half of jobs in the UK do not require post-secondary education and a third of firms offer no training to staff.

Levels of training, one proxy for more innovative, skills-led business models, actually fell over the period Labour was in government.

Data from the Labour Force Survey shows that in 2001, as Graph 1 shows, around 30 per cent of the workforce had received job related training in the previous 13 weeks.

In 2011 this had fallen to 27 per cent, with the sharpest decreases, as Graph 2 shows, for young people.

A new report by IPPR, published today, shows British firms also perform poorly when compared to their counterparts in other northern European countries. At 31 per cent, the average participation rate of training among adults is similar to the OECD average.

But this is below that of our main competitors in northern Europe, and when it comes to the average hours of training in a year – one proxy for quality – the UK, at 39 hours, is substantially lower than the OECD average, at 58 hours. On this measure, just three countries perform worse than the UK out of the 27 OECD countries for which comparable data is available.

Levels of innovation and productivity are consistently higher in the German-speaking and Scandinavian countries, where firms and sectors train more, and to a higher standard, than their British counterparts. Many jobs that in England are viewed as low skilled, require a deeper level of skill and so offer more opportunities for employees to use and develop their skills.

A bricklaying apprenticeship in Germany, for example, offers the opportunity to become something closer to a civil engineer, while lorry drivers are trained in logistics and foreign languages.

In these countries, firms benefit from powerful unions and employer associations, which drive improvements in their sectors and supply chains by regulating training and offering tailored business support. Supported by state-backed finance, the social partners help disseminate information and support businesses to innovate and grow.

This not only explains why the German and Nordic firms are better at competing global markets in higher value sectors such as manufacturing, greater employer commitment to training and workforce development also means citizens in these countries receive a better service in domestic markets such as social care, construction and the fitness industry, while workers in those sectors also have more opportunities to use and develop their skills.

The weak tradition of business support in the UK makes this a difficult agenda to pursue. Evolutionary reforms to the institutional landscape are needed. Reforms to build the strength and capacity of sector bodies and existing employer associations should aim, over time, to develop local and sectoral networks of business support comparable to those in other northern European countries.

The UK needs a radical new approach to social mobility and economic competitiveness, one that moves away from state-led interventions focused on individuals and towards collaborative approaches targeted at improving business performance and job quality in firms.

In short, many more firms should have access to the sort of active or tailored business advice that the Chough Bakery in Cornwall received last year, courtesy of Polizzi and the BBC.

28 Responses to “What does ‘The Fixer’ tell us about Labour’s approach to the economy?”