Boris Johnson is tonight refusing to distance himself from one of his millionaire donors who said cylists are to blame if they’re killed or injured.

Boris Johnson is tonight refusing to distance himself from one of his millionaire donors who said cylists are to blame if they’re killed or injured. 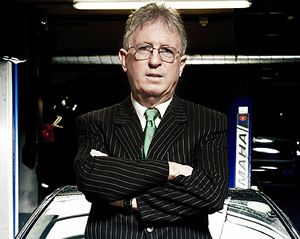 As Political Scrapbook revealed, Addison Lee boss John Griffin, writing in the company’s Add Lib magazine, said dead cyclists are to blame for “throwing themselves onto some of the most congested spaces in the world”.

He also said that a driver who “fail[s] to observe a granny wobbling to avoid a pothole” simply “just didn’t see her”.

“It is time for us to say to cyclists, ‘You want to join our gang, get trained and pay up’.”

Johnson’s links to Griffin will now come under renewed scrutiny; amongst the questions he must answer, the Labour Party today said, are:

• Addison Lee has contributed £250,000 to the Conservative Party – has any of this money been allocated to his campaign to be re-elected Mayor of London?

• How many meetings have Johnson and members of his team had with Griffin over the last four years?

• In those meetings, were there any discussions about whether private hire vehicles should be allowed to use bus lanes in London?

• Griffin has said Boris Johnson would “entirely endorse what I am saying”. Last night, his campaign refused to comment on Addison Lee’s illegal and unacceptable activity. Will Johnson confirm on the record that he has made no improper agreement with Addison Lee to allow them to use the bus lanes once the election is out of the way?

As Left Foot Forward has previously blogged, the record of Johnson and the City Hall Tories on cyclists’ safety leaves much to be desired.

• The push for cycling needs to be backed by funding, not just words 20 Feb 2012

• As Times launches Save our Cyclists campaign, perhaps now TfL will listen 3 Feb 2012

Tory members of the London Assembly were accused of “playing games” with cyclists’ safety today after walking out of a meeting on maintaining the 20mph speed limit on Blackfriars Bridge – making the meeting inquorate.

Labour’s John Biggs, who represents the City of London said it was “absolutely outrageous” the Tories “couldn’t even be bothered” to debate the proposals.

While this February, George Readings, following the launch of The Times’s ‘Save our Cyclists’ campaign, wrote:

Perhaps now, with the backing of a major national paper, TFL and local authorities will start to listen. If they don’t, cyclists will continue to pay with their lives.

18 Responses to “Will Boris disown ‘cyclists are to blame if they get killed’ donor?”