Dr Kim Allen, senior researcher for the Academies Commission, writes about the growing trend toward academisation in our schools.

Dr Kim Allen is a senior researcher for the Academies Commission

The impact of the government’s drive to increase the number of academies in the school sector will be put under the spotlight in a new independent commission chaired by Professor Christine Gilbert, former chief inspector of Ofsted. The commission is provided in partnership between the RSA and the Pearson Centre for Policy and Learning. 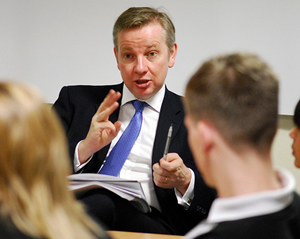 The academisation of schools is a central plank of the coalition’s flagship policy agenda to increase diversity and autonomy in state schooling.

In 2010 the education secretary Michael Gove opened up the academies programme so that all “successful” state-maintained schools can apply for academy status as part of an “education revolution”.

Since this time there has been a mass swelling of academies, including sponsored academies, converter academies and new ‘free schools’.

The rate of academisation has exceeded all expectations: as of March 2012 there are 1,633 academies open and more than one in three secondary schools are now academies. Many more schools are in the process of applying to become academies.

But what does this mean for pupil outcomes? The academies programme, both in its New Labour and coalition guises has been controversial.

Removal from local authority control, governance arrangements including the role of the Department for Education and the Secretary of State, the involvement of private sponsors, and the perceived “top-down enforcement” of academy status on “failing” schools have all sparked debate.

And the coalition government’s focus on ‘successful’ schools, in contrast to the previous focus on underperforming schools by the New Labour administration, provoked further controversy. The speed at which academisation has progressed indicates strong support from headteachers and governing bodies.

There is no doubt that, in addition to funding incentives, the notion of autonomy appeals to many schools, and there have also been many notable success stories in terms of reinvigorating struggling schools.

Nonetheless, aspects of academies policy remain controversial including the faith in market solutions reflected in academies policies; the effectiveness of diversification as a method of improving education systems (including the promotion of equality of opportunity, as ‘outstanding and good’ schools who can now free themselves from local authority control are disproportionately represented in affluent areas); the impact on non-academy schools as funds are redirected to individual academies; and the impact on inter-school collaboration.

Furthermore, while Michael Gove and others claim academies produce better outcomes than non-academy school in terms of pupil attainment, this has been strongly contested.

Such debates will continue as more schools opt for academisation, existing sponsors and organisations rapidly increase the number of schools within their chains and federations, and develop their modes of governance.

Within this unprecedentedly fast-moving terrain, much of the debate has been retrospective, focusing on debates about principles when the metaphorical horse has long bolted; and there is an occasional impression of operational policy being created ‘on the hoof’, such is the speed and scale of change.

“What has been notably absent from the government as well as from media and education specialists, is analysis of the implications of mass academisation.

“Nobody has explored what are the unique features of an entirely academised system, and what impact these will have on young people’s educational outcomes.”

This new independent commission will do just this: collecting evidence and expert views from a range of stakeholder groups, the commission will examine implications of academisation from a school improvement perspective, focusing on issues of accountability, governance, due diligence and outcomes for pupils.

Over the next eight months the commission will develop a practical but compelling vision for the future of UK academisation.