As with Lords reform, David Cameron looks set to renege on another manifesto promise under pressure from Tory backbenchers - this time with global consequences.

Further on the theme of broken Conservative manifesto promises, we have the continuing saga of Britain’s commitment to spending 0.7% of GDP on foreign aid. 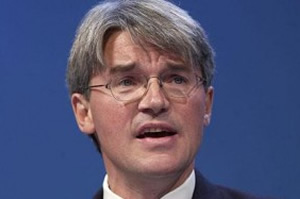 As Left Foot Forward has observed time and time again, the Tories’ incessant obfuscation when it comes to enshrining this cornerstone of the Millennium Development Goals in law constrasts starkly with David Cameron’s former enthusiasm for ring-fencing Britain’s foreign aid commitments.

Now, as both the Observer and Daily Mail report, the legislation committing Britain to the target by 2013 (which was drafted as long ago as January) has once again disappeared from the forthcoming order of parliamentary business, and looks likely to be omitted from the Queen’s speech next month.

Any backpedalling from the promise could be embarrassing for David Cameron when he has just scored a political coup, having been invited by UN secretary general Ban Ki-Moon to chair a new committee on development goals.

Indeed. Still, the repercussions for Cameron here are domestic as well as international. Once again, the unfortunate political subtext is that of the Tory backbenches, militantly right-wing and entirely beyond Cameron’s control. As with the commitment to a elected House of Lords, the ring-fencing of the 0.7% target was a feature of all three main parties’ manifestos in 2010.

The relevant passage of the Conservative manifesto (page 117, pdf) is entirely unambiguous:

“A new Conservative government will be fully committed to achieving, by 2013, the UN target of spending 0.7% of national income as aid. We will stick by the rules laid down by the OECD about what spending counts as aid. We will legislate in the first session of a new Parliament to lock in this level of spending for every year from 2013.”

Nor was the commitment any kind of afterthought, since it was subsequently included in the text of the coalition agreement (page 22, pdf):

“We will honour our commitment to spend 0.7% of GNI on overseas aid from 2013, and to enshrine this commitment in law.”

Much like Lords reform, the 0.7% target is considerably more consensual than it is controversial. It was initially mooted by the UN as early as the 1970s: as the UN’s Millennium Project notes, 0.7% is the bare minimum level of foreign aid investment needed internationally in order to faciliate the Millennium Development Goals.

Indeed, the Millennium Development Goals’ ten year progress report, in 2010, revealed that Britain was then doing quite well in fulfilling its commitments. At 0.51% of GDP, it remained some way short of the target, but nonetheless was spending more on foreign aid than any other G8 nation.

Nonetheless, two years later, Tory backbench enragées are once again at the point of derailing a progressive and eminently necessary piece of legislation. As one NGO insider tells the Observer:

‘My understanding is that the Tory backbenchers don’t want House of Lords reform or foreign aid commitments, so putting both in the Queen’s speech would be too much, even if it means missing the 2013 promise.’

‘If the legislation does not appear in the Queen’s speech’, concurs a Labour source, ‘people will conclude that the Tory party’s claims to have changed were a pre-election con. This is a test of David Cameron’s willingness to face down the right of his own party.’

Speaking to The Sun in February, International Development secretary Andrew Mitchell lamented the lack of parliamentary time for the legislation – although, as ex-DFID special advisor Richard Darlington pointed out at the time, the parliamentary session ending next month has run for around two years, making it one of the longest in Britain’s history. “The most important point,” Mitchell then claimed, “is that we are actually doing it.”

On the contrary, the problem is precisely that they are not doing it. The question is merely who is more deserving of damnation: those Tory backbenchers so profoundly uninterested in the contents of their most recent manifesto, or the coalition government prepared to compromise over the lives of millions in the developing world.