We need to be courageous enough to adapt our own practices to individual needs; we need to talk about integration, writes Jill Rutter. 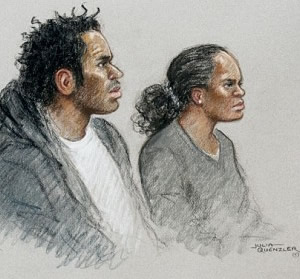 Jill Rutter is writing a book on migrant integration and formerly worked at the Refugee Council and at the Institute for Public Policy Research (IPPR) where she wrote extensively about integration; in 2003-04 she undertook research on the Congolese in Britain

Last week Eric Bakubi and Magalie Bamu were found guilty of the murder of Kristy Bamu, a 15-year-old Congolese boy who was tortured and killed because he was accused of spirit possession.

Yesterday, the pair were sentenced to a minimum of 55 years in jail.

The media coverage of this horrific murder has focused on witchcraft and the role that African-led Pentecostalist churches play in encouraging belief is spirit possession.

Kristy Bamu’s murder follows other cases: in 2005 Sita Kisanga and two others were convicted of child cruelty in another witchcraft trial. The Congolese community emerged from these incidents as an exoticised ‘other’, far different from ‘us’ in their beliefs and practices.

But might there be another side to this story – one about the integration of migrants in the UK?

There are probably about 12,000 Congolese in the UK, including the UK-born children of Congolese migrants. They don’t show up on surveys because they are such a small community and analysis of datasets such as the School Census and Labour Force Survey groups them as ‘Black African’.

The Congolese form two communities. One group arrived in the UK in the early 1990s, mostly from Kinshasa and other urban centres in the west of the country. These earlier arrivals mostly live in London. More recent arrivals have come from the war-torn regions of eastern Congo. Having applied for asylum they have been dispersed to accommodation outside London, many in the Greater Manchester area.

Most Congolese have legal rights to reside in the UK and thus to work. However, finding work has not been easy, especially as most Congolese arrive in the UK without much English. Employment rates among adult women tend to be higher than adult men, with many women working as cleaners.

There is also some evidence that Congolese children are under-achieving in London schools, although mainstream interventions such as free early education for three- and four-year-olds have helped address this problem.

Many Congolese arrive in the UK as Roman Catholics or sometimes as Baptists. In recent years there has been a major shift in religious practices among this community with many joining Pentecostalist congregations, some of which have links to churches back in the Democratic Republic of Congo. There are probably about 50 Congolese-led Pentecostalist churches in the London boroughs of Haringey and Hackney alone.

Members of these congregations often pay considerable proportions of their incomes to maintain the pastor and the church. Some – not all – of these pastors undertake exorcisms and charge for this practice. Arguably, there is a financial incentive by pastors to encourage belief in kindoki (spirits), then charge for an exorcism.

Of course, not all Congolese believe in kindoki, although belief in a spirit world is common. Some Congolese community leaders believe that such beliefs thrive in conditions of poverty, poor education and situations where people feel that they have little control over their lives. Belief that spirits have caused personal misfortune can provide both an explanation and a source of comfort.

Community leaders also argue the shift from Catholicism to Pentecostalism was a result of the latter churches providing what marginalised Congolese migrants need for their survival. These churches provide a place where Congolese can meet and exchange information about jobs, schools and survival in the UK. In this sense these churches can be seen as a consequence of a lack of integration.

If we are to combat the abuse of vulnerable people by these churches, we need effective integration policy. Unfortunately, this aspect of migration policy has all but fallen off the agenda. While there has been a flurry of government announcements about immigration control for student migrants, family migrants and skilled workers, what happens to migrants after they arrive in the UK – integration policy – has largely been forgotten.

Previous Labour administrations did talk about integration and advance it up the agenda. The Home Office published two refugee integration strategies in 2000 and 2005 and also increased spending on ESOL for adults. It also used naturalisation policy to promote integration, with citizenship ceremonies introduced in 2004 and citizenship tests in 2005. Both the ceremonies and tests were meant to foster among migrants a greater sense of attachment to the UK.

The Home Office has also previously funded an integration advice service for refugees (the now-defunct Refugee Integration and Advice Service) and ‘Regional Strategic Migration Partnerships’, small organisations that are meant to work with local government to promote integration.

In England, the Department for Communities and Local Government (DCLG) also had a key role in promoting migrant integration under Labour. In May 2006, responding to the need to create more coherent integration and cohesion policies, the government amalgamated parts of the Home Office dealing with race, faith and cohesion into CLG. Its small migration directorate initiated an Independent Commission on Integration and Cohesion, as well as publishing a wide range of guidance for public and third sector organisations.

In 2008 a DCLG consultation has also proposed setting up a non-departmental government body with responsibility for migrant integration. But after this initial burst of activity, all went quiet.

From 2010 until February 2012 there was no significant statement by a government minister about migrant integration. The silence was broken by the publication two weeks ago of “Creating the Conditions for Integration” (pdf), a strategy paper from the DCLG. This slender document articulated a view that integration was a process of assimilation into Christian England. It made no commitments and contained no real strategy, instead stating that migrant integration was solely the responsibility of local authorities. Undoubtedly, it will soon be forgotten.

To be fair to the coalition, all recent governments have found it rather difficult to ‘do’ integration. At a central government level integration strategy requires effective inter-departmental cooperation, something that has rarely been achieved. There is also an unresolved tension between the objectives of immigration control and integration policy. In the mind of some ministers and civil servants, measures to improve integration could act as a ‘pull’ factor, increasing migrant numbers.

The nature of public debates about immigration can also circumscribe the scope for policymakers to enact and deliver integration policy. Public hostility and ‘fear of the Daily Mail’ make it difficult for government to fund interventions such as English language (ESOL) provision, as well as standing up for the human rights of migrants. But integration matters: to migrants themselves, to the communities in which they live, and to wider society. We need to make a case for progressive integration strategies much better than we are.

In order for this to happen we need less polarised and heated debates about immigration and to ensure central and local government has the political space to act. We need pro-active political leadership, at a national and local level. We also need a greater consensus about what integration means. Arguably we need to shift the debate away from Britishness and Christian values and towards the labour market and educational experiences of migrants, ensuring they have the skills to plan for their future.

Previous integration strategies have largely focused on refugees. We need to give greater attention to the integration of other groups, including short-term migrants.

We don’t need to spend a great deal of money on integration. We need to invest in ESOL, but spending money on this ensures savings in the long-term. But we also need to improve the quality of ESOL teaching and ensure it meets the need of those, like many Congolese women, who have little prior education and do not feel confident enough to attend college. We need to ensure migrants who are working long hours are able to study English, by working with employers to deliver workplace-based classes.

Much of the debate about integration under the last Labour government focused on the extent to which integration should be delivered by mainstream social interventions – for example, the Work Programme and mainstream education – and how much by targeted support through community organisations or projects working with specific groups of migrants.

The consensus now is that it is better to ensure mainstream provision is flexible enough to meet the needs of individuals and specific groups of migrants. But for this to happen, we need a different mindset in mainstream organisations such as schools, colleges and Jobcentre Plus; we need to be aware of the needs and past experiences of migrants, including smaller communities such as the Congolese; we need to be courageous enough to adapt our own practices to individual needs.

Above all, we need to talk about integration.

10 Responses to “Time to talk about integration”