Nick Dearden reveals the vulture funds that are willing to bring Argentina back to the brink for a return on their 'investment'. 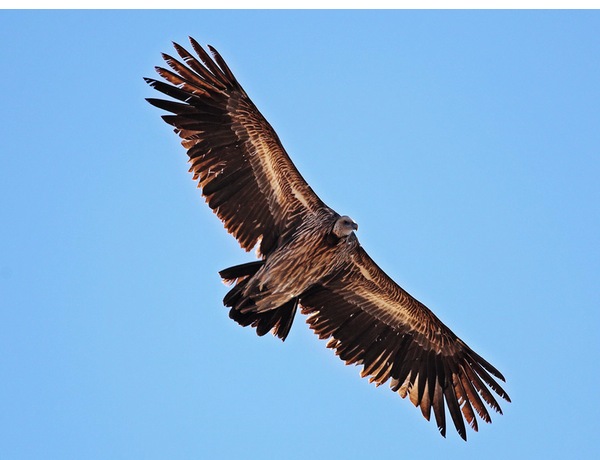 One could be forgiven for thinking the BBC had a crusade against Argentina, now that it’s the run-up to the anniversary of the Falklands War. Nick Dearden, of the Jubilee Debt Campaign, writes about this morning on the Today programme, when a representative of a group of vulture funds was invited, unchallenged, to attack the country.

Nancy Soderberg represents the American Task Force Argentina, a group of ‘hold-out investors’ who refused to take the deal offered to them by the Argentinean government when that country defaulted on its debt in 2001. These investors include vulture funds, who bought Argentine debt once the country had already gone into crisis, precisely in order to profit from the misery of Argentina’s people.

Back in 2001, Argentina was in a situation much like that of Greece today.

Its debts were completely unpayable, its economy was in turmoil and a large section of its population had been pushed into poverty. Argentina was following a set of policies laid down by the International Monetary Fund which had sent things from bad to worse.

Despite three years of recession, the economy kept contracting. Over half the population – 20 million people – was living below the poverty line.

Under current international law, a country cannot go bankrupt because, unlike a company or individual, a state can theoretically go on squeezing its people and resources forever. But at Christmas 2001, the people of Argentina said enough was enough.

The government lost control of the country and, in a scene reminiscent of the streets of Greece today, President de la Rua had to be flown out of the government palace in a helicopter. Over those two weeks, Argentina had five Presidents, and defaulted on its debts.

Despite the claims of Soderberg, default was undoubtedly the right thing to do. After several years of stagnation Argentina’s economy started growing within a few months. Argentina became the fastest growing economy in the Americas. Eleven million people were pulled out of poverty and unemployment more than halved in the successive 5 years.

After default, Argentina offered its bondholders a deal – new bonds of lower value in exchange for the old bonds they held; in effect a steep discount on the amount owed. Many took the offer, but the American Task Force Argentina represents those that did not; wanting to be repaid in full on the reckless loans they had made.

One of these companies, NML, recently took court action against Argentina in London. NML, based in the Cayman Islands, has been harassing Argentina through foreign courts for years.

It is a subsidiary of Elliott Associates, a US hedge fund that pioneered ‘vulture fund’ activity by winning a case against Peru in the 1990s, getting back 400 per cent of what they paid for Peru’s debt.

There is no moral legitimacy to the company’s claims against Argentina, because it bought Argentina’s debt for only half its face value in the full knowledge that Argentina was in crisis and would likely default.

Argentina’s recovery could only happen by some of Argentina’s creditors taking a write down.

Financial investment always involves risk. When investing in a company, bankruptcy means investors are unlikely to get their money back. The creditors who have least right to complain are those like NML who bought the debt on the secondary debt market in full knowledge of the default.

They play a high-risk game at the expense of people in countries like Argentina. In this case the vulture funds got what they deserved.

But the American Task Force Argentina is still helping companies like NML by persuading the US government – and now it seems the UK government as well – to apply diplomatic pressure to Argentina to come to a settlement on this dodgy debt.

Their activities include pressuring governments to ensure no World Bank funds are given to Argentina and trying to throw Argentina out of the G20. In other words, they aim to capture foreign policy in order that this handful of creditors get paid.

In confronting this strategy, we should ask how Argentina’s debt became so enormous in the first place. Surely Argentina bears some responsibility? In an article in the Daily Telegraph, Soderberg points out that it is not only private investors who claim Argentina owes them money. The UK and other Western countries do too.

To understand this we have to go back to before the Falklands War, when countries like the UK seem to have had no problem lending money to Argentina.

This was a period when Argentina was run by a brutal dictatorship which conducted a ‘dirty war’ against its own people. 30,000 people were ‘disappeared’ in this period, but loans flowed into the country, fuelling military spending, speculation and capital flight.

A court case in 2000 found that loans to Argentina under the dictatorship were part of:

“A damaging economic policy that forced [Argentina] on its knees through various methods … and which tended to benefit and support private companies – national and foreign – to the detriment of society.“

In the years before the Falklands War, the UK was actually selling goods and running up debts to this regime that they would soon be fighting. These loans should not have been given and the debt should not be repaid. They are the responsibility of Western governments and banks, not the Argentine people.

However, Argentina did repay substantial amounts of these debts – and this is a key reason why it began running up new debts in the financial markets throughout the ‘80s and ‘90s.

US banks benefited handsomely from the indebtedness of the ‘dirty war’. And they continued to benefit as the debt was recycled through bonds – such as the bonds owned by companies represented by the American Taskforce.

I doubt many people would be sympathetic to Nancy Soderberg had they received the full story this morning. But the BBC seem unable to accept that there can be more than one perspective when it comes to covering Argentina at the moment. Their patriotism about the Falklands is clouding their minds when it comes to everything else.

• The Left has to raise its voice on the Falklands – James Hallwood, February 12th 2012

40 Responses to “Revealed: The vulture capitalists willing to destroy a nation for a good return”