Jos Bell reports from the House of Lords on the latest debates on the health and social care bill, asking where next for the Lib Dems? 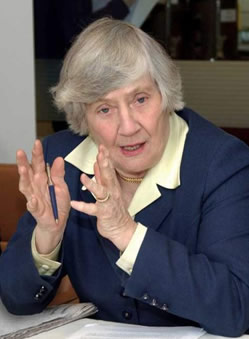 Jos Bell reports from the House of Lords on the latest debates on the health and social care bill, asking where next for the Lib Dems?

Campaigners to save the NHS from the avaricious jaws of the David Cameron, Andrew Lansley and their slavering friends started the week with several key hopes. Deep down, after all the months of heartfelt campaigning we all felt we would give the Lib Dems Lords one last benefit of one last doubt.

We knew there had been significant behind-the-scenes negotiations and this was the week we really felt that there was hope for a breakthrough.

The key amendments relating to competition and the ambiguous and unsafe role of Monitor – even acknowledged as such by its own chair – were on the agenda. Likewise the vote on the privatised CAP allowance.

Also those relating to ensuring patients have a voice within the ludicrously complex infrastructure that is LaLa Land; ‘nothing about me without me’, did I hear you cry?

Surely Shirley, The Right Hon Baroness Williams of Crosby, after promoting herself so fully to the media as a key opposer of the bill, was finally going to live up to her self publicity?

Daughter of Vera Brittain, whose Testament of Youth was the cry for the lost generation of the First World War – when healthcare was stitched together with hand knitted socks, crepe bandages and chloroform – she had promised so much.

As it was, the baton was passed to The Lord Clement-Jones of Clapham on Tuesday, hitherto a somewhat invisible member of the yellow team, now designated their Usain What I’m Sayin’ Bolt.

It did not even start well, offering an amendment which had been pulled together across the Opposition party divide as his very own and admonishing Baroness Thornton to ‘sit and listen’ to some of her own thoughts – he then offered up what seemed to be sensible argument to offset the worst threats of competition. Other nobles offered support.

However, when The Earl Howe opposed in his customarily courteous yet oblique manner, all those watching in anticipation of a sensible outcome were dumfounded when Lord C-J immediately withdrew without a blink of regret. Clearly this was a stitch up.

Baroness Thornton, Labour shadow health minister – with something like 15 years’ experience in the upper House – was visibly thrown by the magnitude of his action, before her customary GSOH quickly came to the rescue:

“Well my Lords – when a gentleman withdraws what is a girl to do?!”

C-J sat with his arms firmly folded while all around him stared pointedly ahead as the welcome release of laughter filled the Chamber.

The damage, however, was done. The vote was insisted upon of course, but true to previous form, the Lib Dems voted en masse against their own amendment, putting a huge nail into the coffin bearing our now wilting NHS. Their game of course is to appear to oppose the bill but then hope no one notice which way they actually vote. Duplicity thy name is 49% Shirley.

This was closely followed by similar actions relating to the amendment to improve Monitor which Lord Marks (of Henley-on-Thames, Liberal Democrat) had moved and also hardy and dedicated Crossbencher Baroness Finlay of Llandaff’s sensible proposal to address the “functions with a view to preventing anti-collaborative behaviour” – meaning doctors are expected not to work in an integrated way, but to compete, meaning sick people will be used as pawns rather than treated as patients. (Having personally found myself on the receiving end of such a scenario in a previous life I can testify that this can make for a disastrous outcome.)

On Thursday we had more of this shoddy, shabby behaviour – even accompanied by uncustomary shouting. Baroness Northover (of Cissbury, Liberal Democrat) ploughed through her own statement relating to all the very last minute changes in Healthwatch which so disadvantage patient rights.

Protocol dictates that as a noble reaches the end of a paragraph then interventions are allowed. It is also protocol that only one question per intervention is allowed. Knowing that Toby Harris, Baron Harris of Haringey (Labour), had a series of searching questions she ensured he was only allowed to voice one of them.

“Order! Order! Order !” they chanted – Lord Warner (Labour) sprang up and down like an indignant puffin, Lord Hunt (of King’s Heath, Labour, shadow Cabinet Office minister) furiously banging the despatch box to speak, followed by Baronesses Jay (of Paddington, Labour) and Scotland (of Asthal, Labour) with great elegance – all to no avail.

“I know that I have only been in this House only a short time – since 1997 – but I have never observed such extraordinary scenes.”

This raft of government amendments had been released only three days previously with the briefing meeting deliberately arranged at a time to clash with other immovable parts of the Lords calendar.

Even changes to ensure that the needs of children and the elderly were not allowed by Earl Howe, by now slouched louchely on his couch with the glint of victory in his eye. If a man’s ties are anything to go by his perpetual garb of rusty brown neckwear indicates his inner soul likely bears a definite affinity with the current NHS unhealthy bowel ads.

A key refrain from the Lib Dems this week was their ‘fury’ at the sight of the nasty names people are using to describe them on Twitter. Shirley, bedecked in a bright yellow jacket as if to ensure we have no doubt as to her allegiances, attempted to transfer the blame for the whole horrid mess onto the Opposition.

Lord C-J in what must be one of the rudest addresses of recent times in the Chamber, chastised Baroness Thornton for her use of Twitter and addressed her as if a recalcitrant child, saying he would refuse to deal with her any further until she desisted. Double standards my Lord are visible even in the dense text that is Hansard.

The government may horribly be succeeding in controlling the mainstream news output, but must understand that social networking sites are a different matter.

Andrew George MP (Liberal Democrat, St Ives), speaking at the Central Hall Rally for the NHS had stuck to a similar theme – predictably heckled by almost everyone in Central Hall when he maintained the Liberal Democrat Lords were responsible for making large scale changes to the bill – he left the stage saying the party would only engage if people stopped being so critical.

So there we have it – the final sell-out of the NHS is the result of the influence of a party who behave badly and then take umbrage when the rest of us point it out.

Petulance is not a constructive political attribute. Combine this with the testosterone ideologically-driven Tories then the combination is indeed toxic. George suggested to the rally that we offer them all a way to bow out of the bill with dignity. How that could be achieved, especially at this late stage. is a guessing game which we reluctantly have to leave to their Gateshead spring conference – where the motion according to Shirley is yet another fabrication of their true role in all of this.

There are, however, some in the Lib Dems urging the party to kill the bill – after months of silence Dr Evan Harris has finally re-emerged to express the inside truth, writing in The Guardian:

“I urge Lib Dems to call for the plug to be pulled on this legislation – for the sake of the NHS.”

Couple that with the news that thanks to the fortitude of former health secretary John Healey, baked by the Shadow team, the government have lost their appeal to contain their Transitional Risk Register, and it is fair to say the weekend will be ‘lively’.

Unless they can hijack their own agenda, the party have 30 minutes to turn this around. Hopefully in this instance they will once again vote against themselves… Anyone for Cluedo?

• “Shoulder to shoulder in support of the NHS”, thousands rally to Save Our NHS – Jos Bell, March 8th 2012

76 Responses to “Lib Dems’ NHS bill dilemma: A party that votes against itself is a party in trouble”