The fact that some families have £2 per person per day for food is a stark reality for many - but this hardship is lost on the government, report Family Action. 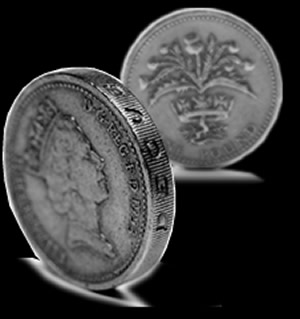 Could you live on £2 per day for food? That’s the state of the family finances of some of the parents Family Action supports.

The fact that some families have £2 per person per day for food is a stark reality for many – but this hardship is lost on the government.

Whilst politicians are busy squabbling about whether to keep measuring child poverty, mums and dads are trying to feed family members on less than the cost of a cheap packet supermarket sandwich a day.

A few weeks ago I met with parents in this position at one of our services in Lewisham who were fighting to keep afloat.

The parents had multiple problems to deal with, including mental health, domestic abuse, poverty and social isolation. Yet they all wanted to get back to work when they were ready, able and stable.

Desperate to be given the chance to provide and angry at newspaper headlines and politicians labelling them as languishing on the dole, one parent told a story about how a lack of flexible, affordable childcare had meant she was unable to take a job with prospects.

She’d been offered a training place but had to turn it down. Her frustration was palpable and this distress had affected her fragile health.

Insufficient investment in affordable childcare is just one example of the barriers austerity is putting in the way of families improving their fortunes. Families are also facing an onslaught on their finances from rising food, fuel and rental prices; they are in the eye of the austerity storm sweeping Britain.

Ahead of the budget we wanted to give our families the chance to send a message to chancellor George Osborne and today we’re launching our Family Fortunes report (pdf).

We spoke to parents who use our services across England collecting views on how families’ finances are being affected by rising costs and shrinking welfare support.

We heard from a range of parents using our services from Worcester mums very much in the squeezed middle to impoverished black and minority ethnic communities in inner city Bradford as well as young mums from Southend and parents struggling to get back to work in Islington.

Our families report a crash in their family fortunes, leading to despair for the future. Food and fuel prices are putting intense pressure on family budgets and making saving for children’s futures impossible for all.

Key findings of our Family Fortunes report (pdf) show parents prioritising energy bill payments and squeezing fresh fruit and vegetables out of food budgets – with some families spending less than £2 per person per day on food after they’ve paid their bills.

Families feel it is important to save for their children’s future but are unable to do so.

Parents told us child benefit is an essential component of income and day to day household spending for those at the very bottom and the squeezed middle. Housing is also a critical factor – benefit cuts and poor quality accommodation eat into money for other essentials through rent top-ups and massive fuel bills for poorly-insulated homes.

Expensive, scarce childcare and high transport costs coupled with a lack of jobs often mean that even professionally qualified parents are unable to boost their incomes by working, or find that their wages are swallowed up by in-work costs.

All our families gave a clear message to Mr Osborne to step in and protect their incomes as rising food prices fuel inflation, and barriers to getting back to work mean many parents fear for the future.

Families were united in highlighting unaffordable childcare as a major block to getting back to work and making work pay. Families want to save for their children’s future but balancing the household budget does not allow this.

“I’ve had a savings account for nearly two years and I can’t afford to put anything in it.”

“Come and live with some people on low incomes to see what it’s like.”

We hope the chancellor is a family man and is listening to their plight.

You can read our full recommendations in Family Fortunes and Tweet your own messages to the chancellor using the hashtag #FamilyFortunes; you can follow Family Action on twitter at @family_action.