Gareth Thomas MP, chair of the Co-Operative Party, explains why MPs should support his ‘energy generation (planning and right to invest)’ bill.

Gareth Thomas MP (Labour and Co-Operative, Harrow West) is the chair of Co-Operative Party and the shadow charities minister

The Co-operative Party Parliamentary group is quick to defend and promote a wide range of co-operative and mutual policy areas. 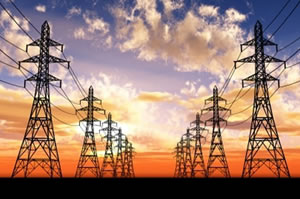 Over the last number of months I and Parliamentary colleagues have been active in areas such as pay day lenders, mutual banking, football supporters’ trusts, railways, British waterways, credit unions and community energy.

Therefore I was pleased this week to be able to debate issues surrounding community and collective ownership of energy through the introduction of my bill titled ‘energy generation (planning and right to invest)’.

As I said in the House I believe the measures included in this bill would give a shot in the arm to the ambition for more co-operatives and mutual methods for delivering services.

The bill’s measures are:

• To provide that residents in local communities have the right to invest in ownership of local electricity distribution grids;

Like my Parliamentary colleagues who represent both the Labour Party and the Co-operative Party I have been proud to be able to articulate and promote co-operative politics in Westminster. We are lucky to have such a wealth of talent and experience in the wider movement which generates vital policy around issues such as renewable energy.

In May 2009, the Co-operative Party published ‘Collective Power: changing the way we consume energy’ (pdf), with a foreword by Ed Miliband MP, then the Secretary of State for Energy and Climate Change. Written by the Party’s policy officer Robbie Erbmann and energy experts Hugh Goulbourne and Piya Malik, this pamphlet outlined a radical proposal for purchasing and producing energy collectively.

As the document stated:

Through collectively pooling their purchasing power, residents, local businesses and public sector organisations can all come together to save money and help tackle the threat of climate change.

Banding together in this way, energy co-operatives are able to purchase their own energy on the wholesale markets and negotiate affordable deals for state of the art smart metering technology.

Ed Miliband in his foreword underlined his commitment that:

“Communities should be able to work together to generate clean energy in their own area – and we’re bringing in guaranteed feed-in rates so that local wind or hydro power gets a clean energy cashback.”

Ed worked to implement these ideas in the last year of the Labour government and to get Community Energy Direct off the ground to advise and support projects.

The 2010 manifesto (pdf), written by Ed as well, committed the next Labour government to supporting community energy:

We want local people to have a stake in local renewable energy projects such as wind farms. So we will support community organisations, co-ops and social enterprises to provide energy services, meaning lower prices through bulk purchasing, and the development of small-scale renewables.

Then we saw a Tory/Lib Dem government, full of photo opportunities with huskies but light on genuine policies to support community energy. The energy bill, actively scrutinised by Co-operative MPs Luciana Berger, Meg Hillier and Tom Greatrex, missed the opportunity to open up the energy sector.

It was Luciana who moved the amendments to reduce fees for co-ops and mutuals applying to take part in the Green Deal so they have a fair chance against the big players in the energy market. Conservatives and Lib Dems rejected this proposal and cut the feed-in tariffs that directly benefitted community energy projects, pulling the rug from under them.

Despite the lack of leadership – or worse – from this coalition government, the co-operative energy sector is growing fast. Community-owned wind farms continue to grow, where they can slip past Conservative-dominated planning committees.

Community share schemes are being used to bring investment in new renewables, from Brighton to Brixton, site of the first urban solar power farm. And Co-operative Energy has been started by the Midcounties Co-op, pooling the purchasing power of thousands of members to lower prices and direct profits away from the ‘Big Six’.

It is on the back of all this work that I bring forward my bill to Parliament, to enshrine in law the proposals made by the Co-operative Party and the last Labour government, building on the work of the new co-operative pioneers in energy, ensuring local people have genuine ownership of the utilities they use, giving our communities power.