CND’s Kate Hudson assesses the lessons we can learn from North Korea engagement with the West after the accession of Kim Jong-un. 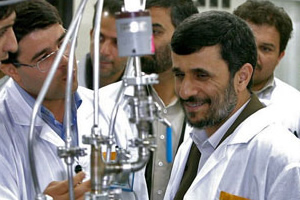 When Kim Jong-un came to power two months ago, who could say if that country would follow the policies of his predecessor, or take a different path. Media coverage at the time seemed to suggest we could expect something totally barmy.

But in short order we have seen a rapid agreement between the US and North Korea: 240,000 tons of food aid in exchange for the suspension of uranium enrichment and nuclear and long-range missile tests.

The agreement has been welcomed, albeit cautiously, by those states involved over a number of years in the six-party talks to resolve the North Korean nuclear issue.

Not everyone will remember how it all began, although most of us will remember the ‘Axis of Evil’ speech by then President Bush in 2002.

Iraq, Iran and North Korea were the fount of all evil, featuring in what came to be known as the ‘nuclear hitlist’ in the US Nuclear Posture Review. There were various predictable responses to the overheated pugnacity of George W. Bush.

The North Koreans opted for one of them: they withdrew from the nuclear Non-Proliferation Treaty (NPT), saying they had a deterrent need to develop nuclear weapons, and they proceeded to do so.

The emphasis with North Korea has tended towards dialogue and diplomacy – and even when conversation has broken down – ratcheting up the rhetoric towards war has always been kept to a minimum.

Iraq of course wasn’t so lucky, but what will be the fate of Iran? Iraq, as we know, had no weapons of mass destruction. Iran has none, and I have no idea whether it would like to develop them or not.

But as has been said, frequently and correctly, the attitude of the US and its allies towards Iran and its nuclear programme would seem almost designed to push that country towards the nuclear weapons option – the ‘deterrent need’ as asserted by North Korea in 2003.

Now is the time for a serious and no-strings attached diplomatic initiative towards Iran. But unfortunately the extraordinary double standards of the nuclear weapons states certainly don’t help matters.

It is obvious to anyone who cares to take an objective look, that while the US, UK and others preach about nuclear proliferation, they certainly do not comply with their own nuclear disarmament obligations under the nuclear Non-Proliferation Treaty, which the British government signed up to in 1970.

Insistence that we need nuclear weapons for our own security while others are threatened with war on the possibility that they might be thinking of developing them just looks like rank hypocrisy.

A key factor in the Iran nuclear equation has to be Israel, but it is often overlooked in western media coverage and analysis. Israel is a nuclear-armed state with an arsenal that may be larger than Britain’s.

Yet its possession of nuclear weapons is tolerated – and arguably encouraged – by the US, its main ally. Israel doesn’t want to lose its nuclear monopoly and it has a track record of striking suspected nuclear facilities: in Iraq in 1981 and in Syria in 2007.

Iranian nuclear facilities were previously more or less out of Israeli reach, but they have now deployed new long-range strike aircraft and have acquired earth-penetrating bombs from the US.

And no one should be in any doubt that such a course of action would be absolutely disastrous, not only for Iran but for the entire region – and the consequences would not stop there.

An attack on Iran would be the start of a protracted conflict which would only increase the likelihood of nuclear weapons development in the Middle East – and their eventual use. The unfolding events in North Korea show us another way forward: that dialogue and diplomacy can be more effective, and cheaper – in blood and treasure – than the military route.

One possible element of the way forward is already on the table.

This year will see the hosting of a UN conference to make progress towards a WMD-free zone in the Middle East – a goal repeatedly endorsed by the UN over many years.

It is vital to avoid further nuclear proliferation in the region – Saudi officials have already indicated that if such a zone is not achieved then a Saudi nuclear programme would be inevitable. This is an opportunity to make a real difference to the Middle East and our government must give it full and pro-active backing.

It doesn’t involve soap boxes or grandstanding – only serious negotiation and hard work – but it may help provide a way to peace for a troubled region.

14 Responses to “Lessons from North Korea: There is a safer way to engage Iran”