Rachel Smith, research analyst at Centre for Cities, looks at the impact of George Osborne’s Budget 2012 on the cities of the United Kingdom.

Rachel Smith is research analyst at Centre for Cities

Although the chancellor’s third budget majored on tax, and headlines since have highlighted the impacts on pensioners, it was good news to see that cities, the drivers of the UK economy, were well represented. 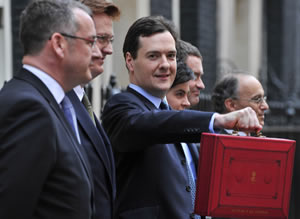 Centre for Cities has consistently called for more powers to be handed down to cities to enable them to fulfil their economic potential, so the devolution of tax to Manchester through an innovative City Deal is welcome.

A commitment to finalising City Deals with the remaining core cities was also good to see, although we would have liked formal confirmation deals will be extended to other cities too.

Committing to investment in the Northern Hub rail project, which proposes to improve transport links between northern cities like Manchester and Sheffield, is a good idea.

Our Access all Areas publication (pdf) last year showed that investing in both transport and skills could help boost economic growth in northern cities in the long term, and create jobs in the short term.

Incentives for growth were also a welcome feature of the budget, signalling that the government recognises the importance of place. The Growing Places Fund (pdf) was extended and, from 2013/14, the core cities will be able to use Tax Increment Financing (doc) to fund large infrastructure projects – although just £150m leaves questions about how much impact this will have.

Plans to make it cheaper for local authorities to borrow from the Public Works Loan Board were also announced.

• Economic outlook getting bleaker and bleaker for the North, Wales and Scotland 13 Sep 2011

• Beyond London and the East, the UK is suffering an ‘Osborne jobs deficit’ 18 Aug 2011

Yet there were some missed opportunities. Overall, the budget was light on specific measures to support private sector job creation. We would have liked to have seen a greater focus on skills, youth unemployment and housing.

And, because different places need different types of policy to support economic growth, Centre for Cities would have liked to have seen more place sensitive policies.

On youth unemployment for instance, whilst around 1 in 30 young people are unemployed in York, this rises to 1 in 10 in Hull. Allowing policies that deal with unemployment and support job creation to be adapted to respond to the different issues cities face would have been a positive step forward.

It’s also worth noting many of Wednesday’s announcements affect the UK’s largest cities. Whilst important, we would have welcomed more focus on supporting smaller, fast growing cities.

Making Tax Increment Financing (TIF) available to these cities in future would be a great way to do this but, although details are yet to emerge about how the TIF funding announced will work, with the pot looking very small already it is unlikely other cities will be able to get involved without more commitment of funding.

The budget also raises a number of interesting questions:

• What role will Local Enterprise Partnerships play in the future?

• Will the presumption in favour of sustainable development included in the National Planning Policy Framework, due out next week, be sufficient to support more development in cities?

Overall it’s good to see cities at the heart of the budget, but questions remain about whether the policies announced today – many of which will impact over the medium to long term – will make a substantial difference to economic growth and job creation.

5 Responses to “Budget 2012: Some welcome news for cities, but questions remain about jobs and growth”