The UK once exploited the Chinese, but is it now a supplicant to their government? 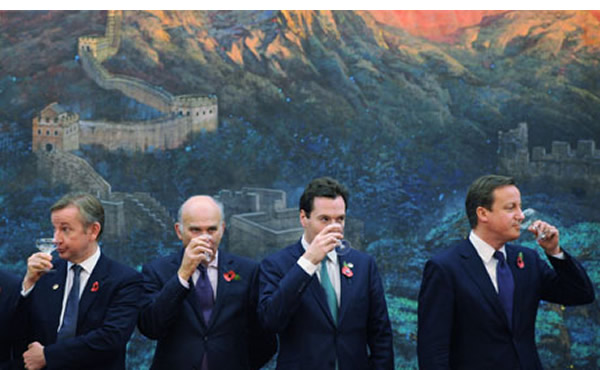 By Yvonne Foley, author of “Liverpool and its Chinese seamen” and Sonny Leong, chair of Chinese for Labour

The relationship between the Chinese and the British goes back more than 200 years. The products of that relationship are evident throughout what used to be Britain’s Empire. It can be seen in the architecture it left behind in Shanghai and Hong Kong and in the populations of Chinese descent living in Britain and the countries that were part of Empire, both formal and informal.

The East India Company recruited Chinese seamen in the 18th century to man its trading vessels in the Far East. The Royal Navy recruited them in the Napoleonic Wars. Heirs to the Great Voyages of Admiral Zheng He, they were known to be excellent seamen, sober and industrious.

Chinese seamen in their thousands were used in the British merchant fleet in both the First and Second World Wars, most sailing out of Liverpool. Hundreds of these men settled down with local women and began to raise families only to find that at the end of the conflict they were no longer needed.

After World War I men found themselves unable to get work, some waiting two years to find a ship; after World War II, the situation was to be far worse.

Almost 20,000 Chinese mariners were based in Liverpool manning the convoys that brought the supplies from the USA without which Britain could not fight the war.

Like in the first conflict, hundreds formed relationships with girls in the city and had children. At least a thousand babies were born to these Anglo-Chinese couples. Many of these men were from Shanghai. They had formed their own trade union, separate from that sponsored by the nationalist Kuomintang.

Soon they came to be regarded by the shipowners as ‘troublemakers’ – and troublemakers they were, as they fought to be treated as equals of the British mariners. They did the same jobs and faced the same dangers but were payed far less.

Eventually, they achieved what they sought but at the end of the war the shipowners determined to get rid of them. For the men with families this was a disaster. Denied shore work, they were not to be told they had rights to remain in the country if married to a British woman.

Offered only one-way voyages back to China few were ever to see their families again. They had served their purpose and were no longer needed.

Hong Kong was no longer needed. Its people were no longer needed. Even if they did not identify with the People’s Republic of China – the Communist mainland – the place from which so many had fled. They would be left to its all-too-doubtful mercies. It would be an exaggeration to say that the question of Hong Kong’s future disappeared from UK policy at midnight on July 1st 1997 – but not too much of an exaggeration.

In a submission to the foreign affairs committee’s investigation into UK relations with China, the Foreign & Commonwealth Office reconfirmed its ‘moral and political’ commitment to the people of Hong Kong – but the main emphasis in this submission was that the UK’s objectives in dealing with China were to influence China’s political, economic and social development in a positive way, and to encourage China to play a responsible role both within the region and in the wider international community.

In effect, increasing economic ties with China is portrayed as being the best way of integrating China into ‘international society’ and also of benefiting the interests of UK business. This is not to say that political dialogue over issues such as human rights has been abandoned. The UK is alone among EU states in retaining a bilateral process of negotiation with China over human rights whilst also participating in multilateral dialogue through the EU.

Nevertheless, Britain’s interests in China have been redefined in largely economic terms, and policy towards China has been largely built on the best way of enhancing these economic interests both for their own sake (aiding UK commercial interests) and as a means to an end (of engaging China).

Unease at the efficacy of UK policy in promoting positive change within China is thus fired by a concern that economic considerations and commercial interests are overriding other political and ethical concerns.

Furthermore, there is a suspicion that China rewarded countries that take a soft stance on human rights abuses by awarding commercial contracts to companies from those countries. This is particularly the case because commercial interests and private enterprises argue they need specific government help to access the Chinese market due to its special nature.

China may have a population in excess of 1.3 billion people, but this does not automatically equate to a market of 1.3 billion consumers waiting to buy UK-produced goods and services.

Income and wealth is also unevenly spread. There is a considerable divergence of income between coastal provinces and those in the interior, and an even wider division between urban and rural residents. In reality, the current potential market in China for UK producers is probably around 150 million consumers.

The chancellor, George Osborne, has urged Chinese investors to put money into British transport, energy and utility projects. The planned High Speed 2 rail link from London to Birmingham and the north is among the projects to have attracted interest from China, along with big industrial developments including the Atlantic Gateway in the north-west of England. Other projects under discussion include updating Britain’s energy infrastructure, broadband investment and road schemes.

So, with billons of dollars pouring into the UK, will China have a hold over UK’s foreign policy when it comes to human rights in China? We hope not.

• Does China represent a threat to British jobs or an opportunity for growth? – Emma Reynolds, September 23rd 2011

• BRICS need to step up to the international plate –Luke Bozier, January 5th 2012

20 Responses to “Britain and the Chinese: From exploiter to supplicant?”