Murad Qureshi AM represents the Labour Party in the London Assembly

One of the broken promises which Boris Johnson’s Progress Report to Londoners (pdf) conveniently forgot to mention is his poor performance relating to air quality in London.

The report looks back at his 2008 Manifesto (pdf) but it fails to highlight the true extent of his failure on what has become a critical public health issue for the capital. 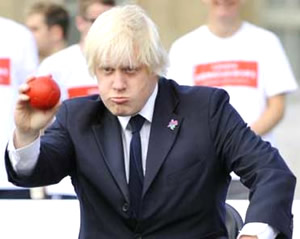 “We are passionately committed to improving London’s air quality. We must act to deal with the estimated 1,000 deaths per year caused by air pollution.

“The ‘polluter pays’ principle that lies behind the Low Emission Zone is fair. We believe the LEZ is a step in the right direction.”

In fact, during his term, the estimate for premature deaths as a result of poor air quality has gone up to more than 4,000 deaths per year – 20 times the figure for road fatalities.

What does this mean for Londoners’ health?

• For those who die prematurely, their life expectancy may have been shortened by up to 11 years;

• It’s made life more difficult for those with respiratory and heart conditions;

• And for young Londoners growing up along the hot spots, it can cause their lungs not to develop fully.

Furthermore, the House of Commons environment audit committee have suggested (pdf) that poor air quality is the second biggest public health risk after smoking and is linked to 1 in 5 deaths in London.

While Boris may have declared a passionate commitment to improving London’s air quality, he has failed miserably to deliver on his promise.

He cancelled the six-monthly inspections of black cabs (only to reinstate them after being advised its was a bad idea) and delayed the roll-out of the Low Emission Zone (LEZ) in phase 3 to light goods vehicles in order to keep the white van man happy in the suburbs.

His recent short term measures like the dust suppressant trial along major routes have yet to be noticed by local residents, although strategically placed to duck impending European Union fines; the stopping of idling engines has yet to be enforced outside the rail stations along Marylebone Road and Euston Road; and we’ve only seen one green wall put up which alone will have little impact.

The problem is not confined to central London either as poor air respects no borough borders. Diminishing air quality in central London is something which is spreading to the suburbs including areas like Putney, Neasden Lane and Brent.

Overwhelmingly, he hasn’t even begun thinking about the second hot-stop of poor air quality in London, which is around Heathrow airport.

So as we reach the end of this Mayoral term, the legacy we are left with is positive regression for London’s air quality. London is now four years behind on delivering a strong, effective and serious programme designed to clean up our air.

Instead, we’re left with the usual Boris of yet more charm, bluster and hot-air – this is not funny.