Richard Exell looks at the tricky issues dividing workfare (bad) from mandating paid work (good). Is there a line that can be drawn? 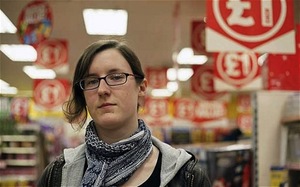 Cait Reilly is one of my heroes. Her challenge to “work experience” that gave her no alternative to working for a fortnight for just her Jobseeker’s Allowance has got the left in an uproar about workfare.

Workfare is wrong on four counts:

• It is unfair to unemployed people

• It is unfair to employees

• It is based on a mistaken understanding of unemployment

Workfare is unfair to unemployed people because it makes them work in return for derisory wages. Working full-time in return for JSA of £67.50 a week (£53.45 if you’re under 25) can lead to pay rates under £2 an hour.

Even when an unemployed person is getting higher benefits (for children, partner, rent) it is very unlikely that the hourly rate will come near the minimum wage.

The benefit of that work accrues almost entirely to the employer – you don’t need to believe in the theory of surplus value to see this as exploitation.

Workfare doesn’t just exploit the participants. Where participants do economic work – work the employer would have needed to pay for otherwise – some people would have been recruited to do these tasks, or would have gained extra hours or overtime.

They lose out because now that work is being done free of charge. And all workers lose out because this competition undermines their pay and conditions. (This labour subsidy is also a threat to businesses competing with workfare employers – one day the business lobby is going to work out that workfare threatens the free market.)

Crucially, workfare is bad labour market policy. I often find that people whose instinct is to like the idea often have second thoughts when you point out that people doing a full week’s workfare don’t have time to look for jobs.

Four years ago the Department for Work and Pensions commissioned research into workfare in the USA, Canada and Australia, and found:

The government seems unable to give up the idea that there’s “plenty of work out there” and we need workfare to motivate unemployed people.

I’ve lost count of the number of times politicians (from all parties) have quoted from Beveridge’s report the line about his proposal being:

“…to make unemployment benefit after a certain period conditional upon attendance at a work or training centre.”

In my experience they never go on to quote his next sentence:

“But this proposal is impractical if it has to be applied to men by the million or the hundred thousand.”

When there are nearly six unemployed people chasing every job vacancy, it doesn’t matter how successful workfare is at motivating them, that is not the answer to unemployment.

So it’s great news that charities and businesses are getting cold feet about involvement in the government’s programmes. (See this article by my colleague Nicola Smith for a great exposition of the compulsory work elements of different schemes.) Is that it? Is it always wrong to make work compulsory? Is work experience always a bad idea?

I don’t think so.

For one thing, the benefit rules that require unemployed people to be available for work go right back to the Lloyd George benefit system and have always had widespread support from trades unionists and the Left more generally. The case law that availability is “not a passive condition”, that there’s an obligation to try to get work, has also been widely accepted.

For another, positive work experience can help people get jobs if it is well-designed. Paul Gregg, who advised the last government on conditionality, draws a distinction between two types of work experience programme.

On the one hand, there is the punitive approach exemplified by workfare, which he rejects.

But the other type is the “intermediate labour market” approach, which is aimed at long-term unemployed people and others with serious disadvantages, provide childcare and other necessary adjustments, include training and jobsearch support and ideally (crucially in my view) offer a wage rather than benefits.

He points out that the last government ran a number of smallish work experience programmes (like Work Trials and the Job Introduction Scheme) which had a good record of getting people into jobs.

The key point is that these programmes try to overcome the most crushing disadvantage unemployed people face in competing for jobs: their lack of recent relevant experience and the stereotypical or other inaccurate perceptions of many employers.

The future jobs fund – in my view, the best employment programme for a generation – embodied this approach. It was voluntary, it paid a wage rather than benefits and there were serious safeguards to stop it undermining the pay and conditions of other workers.

But would it have been unacceptable if it hadn’t been voluntary? Labour went into the last election with a promise to extend the FJF approach, but I doubt if it would have remained a voluntary programme and I think that would have been reasonable.

There’s a proviso here. At a time like this, with mass unemployment, the number of volunteers for a high quality programme like the future jobs fund is likely to exceed the number of places, but at a future point we might find ourselves in a position where there are spare places and long-term unemployed people who aren’t volunteering.

My personal view is that it would not be wrong in such circumstances to make this sort of work experience compulsory.

Harry Pollitt’s old demand – one of the key slogans of the 1930s National Unemployed Workers’ Movement – suggests this position. This demand – either jobs or benefit rates that will lift us out of poverty – represents a clear working class understanding of reciprocity; if the market fails to provide jobs then we have a right to adequate benefits.

But that works both ways. If we can achieve a programme that guarantees a job with a decent wage the same reciprocity says we should take it or lose the benefit. A job guarantee would be a huge advance; this is a responsibility we should demand.

52 Responses to “Workfare versus compulsory work: When is it right and wrong to mandate labour?”