Lesley Griffiths explains the Welsh Labour line on the NHS, and how it plans to fight the increasing marketisation at the core of Tory plans for the service 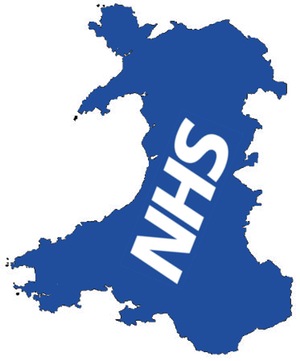 Lesley Griffiths AM (Labour, Wrexham) is the Minister for Health and Social Services in the Welsh government

At the 2011 National Assembly election, all the political parties in Wales had the opportunity to set out and explain their vision for the NHS in Wales over the coming years.

This was a real – not contrived – battle of ideas, with some clear dividing lines coming to the fore during the course of the election campaign. In the end, it boiled down to choice between two competing set of values.

Either introducing marketisation and competition into the delivery of health services, or maintaining the fundamental founding principles of the NHS – namely, being publicly funded, publicly provided and free at the point of need.

It will be no surprise to anyone reading this article which side of the fence I was on in that debate.

Since that election, the dividing lines between the Tory-led UK government in London and the Welsh Labour government in Cardiff on how the NHS should be run has come sharply into focus.

Whilst the Tories in London aim to reduce the role of the state, I believe in a NHS with a strong public service ethos that places public interest above private profit. I believe in accessible, high quality, citizen-centred services for all, not choice for the few.

Unlike the current debacle over health reform being played out in England, we will have no truck with such ideologically driven dogma.

Unlike in England, all professional organisations and trades unions in Wales support our approach to the NHS.

Unlike in England, Welsh Labour has a mandate from the people to its vision on the future direction of the NHS.

As we have made clear – as long as Welsh Labour forms the government in Cardiff, the forces of marketisation will stop at the border.

The vast majority of people cannot remember life without an NHS. It is very difficult to even begin to comprehend what it must have been like before the NHS came into being and sometimes we just accept the fact that a free NHS will be there for us when we most need it.

Before the NHS existed, life was in some instances quite literally a lottery. It meant that if you were poor, you could not afford even the most basic treatments, you simply had to put up with whatever illnesses happened to come you way.

That’s why it’s important for me in the job I now do, to make clear that the NHS in Wales will not deviate from the founding principles that brought it into existence.

However, whilst the principles that underpin our NHS remain sacrosanct, that does not mean that change in whatever guise cannot happen. Striving for progress and excellence means that change in how services are provided, has to occur in order for improvements to take place.

The principle of needing to modernise services has been understood for many years – this change now has to happen.

Expert opinion and worldwide experience shows for some specialised services, such as for cancer, stroke or heart attack care, the best option for the future is centres of excellence where the best skilled staff and latest equipment are there to give round-the-clock care.

Good local hospital and community services will make sure patients quickly access those services and can continue their recovery closer to home.

We also need to provide better care for patients in their communities, whether at home or in local health facilities, and use our hospitals for care that can only be given in the sophisticated specialised facilities they provide.

The NHS of the future is not, and cannot, be just about hospitals. It has to be about the right care being carried out at the right time and in the right place by the right people.

Through our vision document, ‘Together for Health’, the Welsh government now has clear priorities and mechanisms in place for the future.

Working with the NHS, we have put improving health and preventing avoidable ill health at the heart of the planning process. We have made clear the importance of fairer outcomes for all.

We have been explicit about the requirements for the local health boards to identify and take responsibility for tackling inequities in health outcomes within their communities and we expect them to take increasingly robust and specific action to tackle them. There is a political and moral imperative to drive this forward – it is an issue of social justice.

This vision is the right one for Wales, especially as we are seen as the cradle of the NHS – something we can be extremely proud of.

• Just as we dismantle our NHS, India is trying to build theirs – David Taylor, February 23rd 2012