Ed Jacobs details the full extent of the welfare cuts on Wales. They're nasty. 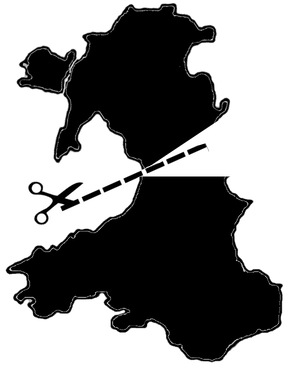 The Welsh government have claimed that 6,000 more children are expected to find themselves living in relative poverty in 2012-13 as a result of the UK government’s taxation and benefit changes.

The figure comes within a stage one analysis (pdf), based largely on existing data from the Institute for Fiscal Studies, of the impact on Wales of Westminster’s welfare reforms, which also point to:

• Wales is expected to face the fifth largest cash loss of the UK’s 12 regions;

• Initial research and analysis of certain studies suggests that cuts to benefits and more stringent benefit entitlement rules may push people out of unemployment and into crime activities. There is also some evidence, the report argues, that the timing and frequency of welfare payments can impact on crime levels;

In presenting the report to the Welsh Assembly, education minister Leighton Andrews made clear the government’s “grave concerns” at the policies being pursued by Westminster.

Responding to the analysis, he argued:

“The Welsh government is not opposed to the principle of welfare reform.

“We would welcome a simpler, more transparent benefit system that makes work pay; and provides genuine support to individuals to help them find and keep work.

“Enabling people to work would be of immense benefit to Wales. We accept that individuals that are able to work need to take responsibility for finding employment.

“But as I have previously said, the power to create jobs does not generally lie with the unemployed.”

The concerns over the impact of the reforms were echoed by a Cuts Watch Cymru, a coalition of charities which yesterday warned that the “tens of thousands of people in Wales are unwittingly standing on the edge of a cliff” as a result.

In a report (pdf) published looking at the impact of the welfare changes being implemented, the group warns in no uncertain terms:

“People in Wales face the toughest challenge to their well-being for decades from a combination of economic crisis, job losses, a squeeze on earnings and rising prices.“

• 180,000 people claiming benefit (ESA or Incapacity Benefit) because they are sick or disabled will have their claims re-assessed over the next few years, with only about five per cent being expected to be eligible for support because they are too ill to work;

The rest, the report notes, will be transferred to work-related benefits, which will be means-tested, meaning claimants with a partner will not receive anything, or off benefits altogether;

• 40,000 people living in social housing and claiming Housing Benefit will lose an average of £11 a week due to them having a spare bedroom, forcing them to move house or face a cut in income;

• 75,000 claimants of Job Seekers’ Allowance and 30,000 lone parents with children over five years old who claim Income Support will face tough tests to show they are seeking work;

Summing the findings up for the group, Stephen Doughty, head of Oxfam Cymru, concluded:

“Let’s not underestimate the impacts that are heading our way as a result of these changes – particularly given the very uncertain economic situation.

“The knock on effect of a friend, relative or customer being impacted could permeate to almost every aspect of Welsh society.”

• The benefits Britons want to save are the ones the Tories want to cut – Declan Gaffney, February 28th 2012

15 Responses to “Wales faces 6,000 more children in poverty due to welfare cuts”