Ed Miliband will lay out his plans for a new era of responsibility at the top and outline his vision of “one nation banking” in a speech to Reuters today. 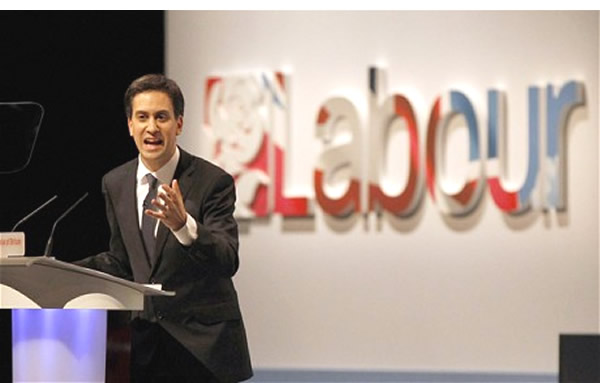 Ed Miliband will lay out his plans for a new era of responsibility at the top of society and outline his vision of “one nation banking” in a keynote speech to Reuters in Canary Wharf this morning.

The Leader of the Opposition will reflect on the scandals of the past week, which have included the row over RBS chief Stephen Hester’s million pound bonus; the de-knighting of former RBS boss Mr Fred Goodwin; and Network Rail’s moves to reward fat cats with bonus schemes that could double their salary over the next five years.

Looking ahead to how a better banking system should run, he will say:

“There are three principles to restore the link between banks and society.

“Transparency – so that banks publish the details of all their large bonuses. We have called on the government to implement rules we legislated for to make banks reveal how many employees are earning over one million pounds, so that consumers can take this into account when choosing where to bank.

“Accountability to employees so that companies put some of their ordinary employees – maybe a teller normally at high street bank window – on the committee which sets executives’ top pay. If you can’t look one of your own employees in the eye when you receive a huge bonus, you should not get it.

“And accountability to shareholders. When banks that are majority-owned by the taxpayer, David Cameron must exercise some shareholder oversight on top pay. He says he believes that shareholders should exert their influence over pay at the top. All I ask is that he should practice what he preaches.

“After transparency and accountability – is responsibility. That means ending the culture of excessive bonuses. It is corrosive. It enriches individual bankers, but weakens the banking sector as a whole.

“They should not be a one-way bet.”

Reflecting further on the problems of the present, he will add:

“These are symbols – and symptoms – of public discontent with a system that is not working any more. Not for our economy. And not for our society. But these moments in our national life should not be the end of the debate. They should be the start.

“This is not about one man, one bonus, or one knighthood. Nor is this about the politics of envy. It is about a culture of responsibility.

“Labour has set out the case for new rules to tackle irresponsibility from the benefits office to the boardroom. Values of fairness matter more than ever when times are tough.

“The consequences of the financial crisis are felt every time a library closes, every time a school can’t afford a new book, and every time a policeman or policewoman is taken off the beat.

“Banking has a history of performing invaluable service to the economy which we do not celebrate enough: from Midland Bank’s role restructuring the cotton industry in the 1930s, to Barclays’ role in financing high tech startups in Cambridge in the seventies and eighties, or more recently, the way HSBC, Barclays, Lloyds, RBS and Standard Chartered put up £2.5 billion for a business growth fund focused on British firms.

“But this is a call for banking to recognise it has reached a crossroads. To recognise that continuing on its current path will lead to further isolation from society, greater public anger – and an economy which does not pay its way in the world.

“One nation banking recognises that banks must not be isolated from the rest of the economy. Because banks and small businesses must succeed or fail together, banks must lend to small businesses so we can get the growth and jobs we need for the future.”

And on the forthcoming Parliamentary vote on banking and bonuses, Miliband will say:

“This is about taking the first step away from bonus culture and towards one nation banking. It is about leadership to take the first step towards responsible capitalism. That is why we will have Commons vote on Tuesday.

“We will say that that too many are getting bonuses which are too big, too often. All companies must show responsibility but banks have a particular responsibility because they are either directly or indirectly supported by the taxpayer.

“We will give MPs the chance to vote on having another bank bonus tax to get 100,000 of our young people back to work. but we will also ask MPs to vote on ending a bonus culture based on one-way bets rather than genuine reward for exceptional performance.

“Their voices which will be heard through our vote in Parliament on Tuesday. Because at the core of one nation Banking is the idea that as a country, we succeed or fail together.”

The challenge has been made – it’s now up to David Cameron and George Osborne to show they get it with their actions not merely their words.

Miliband has laid out a progressive path to deal with the problems the banking, bankers and bonuses have created, to instill fairness in the system and force responsibility at the top; it’s now time for the government to either back him or come up with something better. The ball’s in their court.

• The rotten borough of the City of London needs to be dragged into the 21st century – Jenny Jones AM, November 4th 2011

• The fragmented society: How irresponsibility and inequality feed off each other – Duncan Exley, August 12th 2011