Stephany Griffith-Jones presents the plan for reformation of the banking system to end the perpetual crisis of finance. 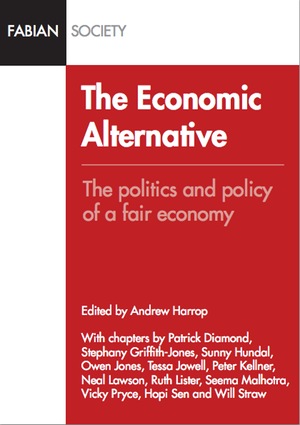 In the last few decades deregulation of the financial sector has made crisis the norm. But this is not inevitable. The financial sector must be reformed to ensure it contributes to fair and long-term growth, writes Stephany Griffith-Jones.

The financial sector, both national and international, should have two main functions. Firstly it should serve the needs of the real economy. Secondly, it should help manage and mitigate risk. In the last three decades the private financial sector has done neither, especially since it was liberalised.

The financial sector has not provided sufficient sustained finance for key sectors like the green economy, small and medium enterprises (SMEs) and infrastructure. It has often not financed housing in a way which permanently benefits poorer people as shown in the US subprime crisis.

Furthermore, instead of mitigating and managing risk, it has created risk through its attempt to maximise short-term profits. In the last few decades numerous and costly crises started after financial markets were liberalised and many regulations stripped away.

This was seen first with the 1980s debt crisis in Latin America which led to its lost decade of development. These crises continued in East Asia in 1997/8 as well as in numerous other countries. Since 2007 there has been a major crisis in the North Atlantic region.

Financial crisis has become the new normal, rather than the exception.

This is not inevitable. When the financial sector has been well regulated and controlled – and when well-run public banks have played an important role – the financial sector has played a positive role to support and not undermined the real economy. Examples of this include post-World War II USA and Europe – and more recently India – where major crises were avoided and growth was strong.

Currently a lot of the focus of the financial sector is on making exorbitant profits and salaries for its employees. Instead countries need a far smaller, simpler, transparent and accountable financial sector focussed on lending to the real economy.

If this transformation does not happen it will make it very difficult to finance sustained and equitable growth. A weakened and crisis-prone real economy will continue to serve the interests of the financial sector and not the reverse as it needs to be!

So what should be done?

Secondly, regulation of capital adequacy, leverage and liquidity must be rigorous and counter-cyclical. It must be counter-cyclical to compensate for the natural boom-bust pattern of financial markets and banks, so damaging to the real economy. For example, regulators could require banks to make sufficient provisions to insure against potential future losses based on the current level of loans.

Thirdly, speculative activity should be limited – and ideally eliminated – where the risks created outweigh any possible benefits to the real economy. Banks should also be divided. The more important part of banking, so called utility banking, should be separated completely from more risky activity, as was done in the 1930s with the Glass-Steagall Act.

Fourthly, remunerations for bankers should be reformed to significantly reduce their level of income. Bonuses could be eliminated – or be linked to long term performance – instead of rewarding short-term gains.

As a complement to regulating tightly and comprehensively the private financial system, the time has come for a significant expansion of efficient public banks. They can finance investment in sectors poorly served by the private financial sector, such as SMEs and the green economy. Where markets fail, governments need to act effectively.

Where banks have been nationalised due to the crisis, often at high cost to the taxpayer, they should be used to serve the public interest. Where public banks already exist – like the EIB – their capital and lending could be considerably expanded to support growth and job creation. Where public banks do not exist, they need to be created.