Owen Tudor announces the launch of a campaign to clear up labour practices around the Olympics for good. 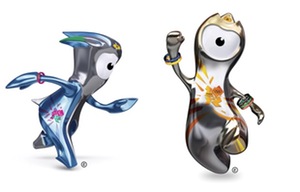 Chinese factory workers making goods for this summer’s London 2012 Olympics should soon see their working conditions improve because of the efforts of the UK-based Playfair 2012 campaign and its international partners in the Play Fair Alliance.

Today, the TUC and LOCOG, the body organising London 2012, have published an agreement that will:

• Inform the workers in those factories about their employment rights, in their own language;

• Train the workers about their rights; and

• Establish a telephone hotline for workers to report breaches.

Probably more importantly, LOCOG and the TUC, together with our campaign partner Labour Behind the Label will work together to make sure that the people organising the next Olympics in Brazil, and the International Olympic Committee, learn the lessons.

The London Olympics had already gone further than any previous Olympic Games in excluding sweatshops from the global supply chains that provide badges, mascots and all the other goods made for the Olympics.

But the ethical sourcing code that LOCOG agreed in its landmark principles of cooperation with the TUC, and the complaints procedure that was established to address problems, didn’t go far enough.

Working with undercover researchers from Hong Kong, we produced a dossier of evidence called Toying with Workers’ Rights. In two factories in China’s Guangdong Province, producing London 2012 badges and mascots, our researchers found:

• Five year contracts with penalty clauses if workers left their jobs; and

These are often breaches of local labour laws, as well as the higher standards set out in the LOCOG ethical sourcing code (based on ILO labour standards and the ‘base code’ of the Ethical Trading Initiative run by unions, employers and NGOs).

Audits of the factories had missed these breaches because workers had been trained to lie to the auditors – and the workers had no defence because they weren’t allowed to join a union.

Having seen our evidence, LOCOG Chair Lord Coe agreed to work with the TUC and Labour Behind the Label to go further still, and introduce new procedures for the last few months of Olympic-related production.

Today’s agreement is the result of a decade of campaigning about the supply chains for global sporting events.

National campaigns like Playfair 2012 in the UK have brought together the national equivalents of the ITUC and CCC – Labour Behind the Label and the TUC – together with other unions and NGOs. We have helped build trade unionism in countries like Cambodia, Indonesia, Sri Lanka and Turkey publicise abuses in China, and encourage LOCOG to develop their thinking and processes.

The global supply chains that produce Olympic goods – souvenirs and sports clothes – are worth billions, and the profits are obscene. London 2012 mascots cost £20 to buy, but the workers who make them are paid a weekly wage of only slightly more.

One of the workers making mascots – a 28 year old with chemical-induced skin allergies who has had to send her two children back to her home village – says:

“consumers may feel the Olympic mascots are fun and cute. They will never think of the hard work, low wages … we have in the factory.”

• Olympian opacity: Why the secrets if LOCOG have nothing to hide? – John Biggs, February 17th 2012