Daisy Hooper details the government's failings in allowing small firms to bid for government contracts. The will is there, but the execution leaves much to be desired 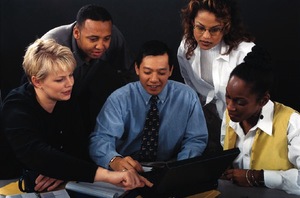 David Cameron has lauded the benefits of British SMEs, praising them for doing ‘incredible things’ and pledging his support for new businesses through the Start Up Britain.

The prime minister has pledged to support small businesses to access government contracts and reverse institutional bias against them.

However, procurement practices are still preventing SMEs from applying for and winning government contracts.

As part of a consortium of SMEs, we recently applied to join the central government procurement framework – consultancyONE, which is for central government contracts worth over £100,000, and purportedly has specific SME-friendly application criteria.

Working in a consortium can be a good way for small businesses to pool resources: working innovatively in partnership, as the government has urged SMEs to do, improves eligibility against contract criteria which theoretically improves the chance of winning contracts.

In fact, this partnership restricted our eligibility.

In the end our consortium was forced to withdraw from the application process for consultancyONE because of the complexity of the procurement hurdles.

The strict criteria that preclude SMEs from applying for contracts are intended to limit the risk to the government and to cut costs.

Yet there is no evidence that giving contracts to small businesses is more risky than giving them to large businesses – or that in the long run it cuts costs. Just look at the big businesses that have failed: one colossal example being CSC’s failure to deliver the NHS IT database project, which cost billions in taxpayers’ money.

SMEs have to be innovative in their approach to get the biggest ‘bang for their buck’. They create products and services that are more efficient, because they are delivered through tighter budget constraints. They also have a greater local and regional economic impact by creating jobs throughout the UK, with a better geographical spread than big businesses who want to be based in London.

And compare the benefits of SMEs (which create local jobs and a better distribution of wealth) with larger companies that outsource their staff and bank abroad to avoid contributing their fair share to society.

The government keeps telling us that small private businesses are already efficient and innovative, creating jobs and rising to the current economic challenges.

Small businesses obviously have the capacity to drive economic growth and to take up the slack from the public sector. But as long as the application process is a barrier to them winning new work, the outcome is likely to be an inefficiently slow and frustrating process.

• Small businesses can play a vital role – but only if they get the finance they need – Tony Dolphin, February 2nd 2012

22 Responses to “Small firms still locked out of public contracts”