Ed Jacobs reports on the reactions to the bankruptcy of Rangers, and hopes for a saviour to prevent it ending. 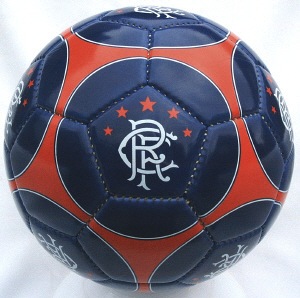 Following the surprise news yesterday that Rangers had appointed its own administrators, and there is widespread concern this morning about the impact the decision could have not just on Scottish football but also Scottish life. Outlining her concerns, SNP sports minister, Shona Robison declared:

“Rangers is a crucial part of Scotland’s national game, and our interest is ensuring that a resolution can be arrived at between HMRC and the club to deliver these vital objectives.“

At the Herald, its editorial placed the blame for the club’s current troubles firmly at the door of its former owner, Sir David Murray.

“Much of the blame for the club’s present plight falls on others. In pursuit of cups, titles and glory, Rangers has overspent for years. In 2000 former owner Sir David Murray boasted: “For every £5 Celtic spend, we will spend 10”. For a long time that has been the way with football. Hearts ruled heads and banks let clubs off the hook.

“In a global economy that appeared to offer perpetual growth, debt did not seem to matter. We now know the banks themselves were run on the same basis. Many of those who occupied the stands had a similar attitude to their own finances, maxing out on credit cards and buying dream homes they could not afford.

“The situation in Scotland has been aggravated by the proximity of the English premiership, the richest league in the world, with its lucrative Sky Sports deal and capacity to suck in the best players with “Sky-high” wage offers. Scottish clubs could not compete with that, especially since the collapse of Setanta.”

Addressing the thorny issue meanwhile of how Ranger’s long standing rivals, Celtic should react; the Herald sounded a warning, concluding:

“Though many Celtic followers may be jubilant, ironically they have almost as much to lose. Despite the recent focus on the bile of sectarianism in football, this world-famous rivalry needs both halves to flourish. Celtic would not be Celtic without Rangers. Indeed, in search of more challenging competition, it might soon seek refuge south of the Border.

“The loss to Scotland would be incalculable. The Old Firm alone is worth an estimated £120m to the Scottish economy. For other SPL clubs, visits by one of the big two amount to a pay day. The same applies to lower division clubs lucky enough to draw one of them in cup competitions.”

Looking ahead, answering the “what next” question, Neil Patey, a partner at Ernst and Young who is himself a football finance expert writes in the Scotsman:

“The law gives the secured creditor the power to appoint its own administrator, so it was no great surprise that the courts allowed the company to appoint Duff & Phelps, despite HMRC’s challenge.

“I think HMRC could have had two motives for the action it took in the Court of Session yesterday.

“Secondly, looking at the submissions to court, it seems HMRC was concerned about whether Duff & Phelps could have been perceived as having a conflict of interest due to its existing relationship with Mr Whyte, and therefore not be seen as truly independent.

“This would have been a difficult position for HMRC to persuade the court of, but I think it achieved its secondary objective – forcing Rangers to get on with the administration.

“After the hearing, we saw Strathclyde Police raise concerns about future payments. Again, this was not a surprise and I think we will see a lot of this.

“The administrators will have to decide who are the priority suppliers – the ones critical to getting the team on the park on match day – and pay those people as first priority.

“They are also going to have to cut costs, including backroom staff, and maybe even within the squad itself, to ensure that weekly outlays are covered.

“There is also a danger that Rangers could go into liquidation, depending on whether the administrator can reach an agreement with creditors.

“They need 75 per cent of creditors to agree in order to secure a company voluntary arrangement (CVA); if they can’t get that agreement, the only option left will be to start selling the club’s assets through a liquidation process – that’s the worst-case scenario.”

But perhaps the most poignant words belong to the Daily Record which has concluded quite simply:

“The next few days will be a crucial time for the future of Rangers and the shape of Scottish football. We can only hope a solution emerges that allows a great club, a Scottish institution famous the world over, to survive and prosper at no cost to others.”

• Beware of pushing Catholics out of the progressive club – Kevin Meagher, September 18th 2010

19 Responses to “Scotland unites in wanting to save Rangers”