Cormac Hollingsworth replies to Open Europe, and demonstrates that RBS and Lloyds really are being bailed out. 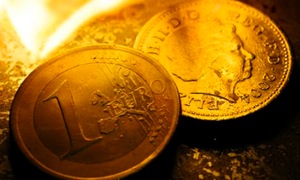 “I was just shouting at the Bank of England, that’s why I couldn’t take your call.”

It was 2008, and the treasurer of a top five building society had just returned my call. I obviously asked him what cause he had to shout at the Bank of England, it’s not something a bank does lightly.

“They’re idiots, they think the only thing we should give them as collateral in our repos is gilts. If we were in the Eurozone, we could use any part of our liquidity portfolio as collateral.”

I was reminded of this diatribe when I read Open Europe’s reply to yesterday’s blog post.

In the long-term refinancing operation, the ECB is providing exactly the kind of funding that my building society treasurer has never got from the Bank of England: term funding against loans that the eurozone banks have on their balance sheets, that no-one else in the market will receive as collateral.

A bailout is providing something the private market won’t do, and thereby preventing the collapse of the banks.

In 2008, when the banking market froze and banks could get neither overnight liquidity from the money markets, nor term funding from the wholesale markets, the UK led the way in imposing stress tests. In return, it provided a bailout by access to the Bank of England, and access to government guarantees for funding guarantees so the banks could restart borrowing term funding in the wholesale markets

For Open Europe to say that the ECB’s operation is not a bailout at all poses the question of why the ECB is doing the LTRO for the first time ever.

The reason is that in autumn, the European banking system froze up in a new credit crunch, this time caused by sovereign debt exposure.

In reaction, the Eurozone have followed the UK bailout plan with some tweaks to bail out their banks: the Eurozone has done stress tests, and while the Eurozone banks have always had access to the ECB, but the final part, term financing presented some challenges: during a sovereign crisis it would be difficult for the sovereigns to start guaranteeing their banks.

Eurozone governments were smart enough not to invite ridicule by offering guarantees, and so the final part of term financing was left to the ECB in the form of the LTRO.

The LTRO is part of a bailout of the whole Eurozone banking system. And if the ECB needs to do this, why isn’t the UK?

Open Europe is emphatic about this.

They say UK banks could do this transaction anyway in the sterling private markets:

“These banks could obtain this money in pounds and then change it into euros”.

“[UK banks’ reasons] for doing this [ECB LTRO operation] is not because they cannot borrow this money from the Bank of England or because they could not survive without it – which the Left Foot Forward blog and some others seem to believe – but simply because it is a cheap source of euros.”

But this misses part of the point of the LTRO, which is to provide term funding for assets which the private markets will no longer take as collateral, as the FT reported here. And that’s why Open Europe’s argument just doesn’t fly.

Repo markets are global, and if some collateral is not acceptable in euros it sure as hell won’t be acceptable in a smaller market like sterling.

But all the evidence points to the UK banks having as much difficulty as European banks in term funding:

UK banks are having to shrink their balance sheets; the governor of the Bank of England says things are as bad as when Lehman went bust; and the Bank of England’s own Credit Conditions Survey points to a UK bank funding crisis as bad, if not worse than 2008/9.

Since the start of the crisis, the Bank of England has an added question to its Credit Conditions survey, which asks quite simply whether lending conditions are tight due to difficulty in raising funding in the wholesale capital markets.

So the difficulty of financing corporate lending is worse now than in the credit crunch, in the case of mortgages it’s tough but not at the extremes. But at these stress levels in 2008/9 a long list of banks all collapsed. That banks are not collapsing now means that the bailouts have at least left the survivors more robust. It doesn’t mean that they’re not in trouble.

Clearly financing stresses are terrible, and our banks sorely need term financing for collateral that no-one else in the market will take. But that’s just what the Bank of England won’t give, in case it’ll cause moral hazard.

Here’s what Paul Tucker, the bank’s executive director, said a year ago:

“The Bank of England can provide liquidity insurance to individual, credit-worthy institutions and to the banking system as a whole, by accepting those less liquid assets as collateral, for a fee, in exchange for more liquid assets, including reserves.

“But such liquidity insurance must be provided in a way that takes account of the potential for ‘moral hazard’ — the incentive for individual banks to undertake riskier activities because of the presence of a central bank backstop.”

And the proof of the need within the UK is that the UK banks take the LTRO from the ECB. As Ed Balls suggested, when the Bank of England can’t help themselves for fears of moral hazard, under the current regime, help that’s needed to UK banks won’t be given.

• If RBS’s board is not held to account, it could become a new Leyland – Cormac Hollingsworth, February 24th 2012

21 Responses to “No, really, RBS and Lloyds are being bailed out by the EU”