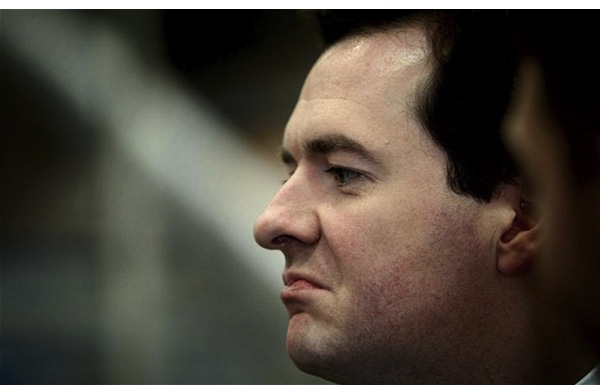 William Bain MP (Labour, Glasgow North East) is the shadow Scotland Office minister, and a contributor to “What Next for Labour? Ideas for a New Generation”

It’s not only in Scotland that the social damage caused by the crushing austerity policies being pursued by zombie-like finance ministries across the EU is being felt.

Across the Eurozone there are 16 million people desperately looking for work, out of a total of 24 million people unemployed throughout the EU (pdf). In Spain, an incredible 51 per cent of young people are unemployed. In Greece, it is over 46 per cent, and in Portgual over 30 per cent.

The Eurozone is slipping back towards a job-loss recession, at a time when the US economy has seen growth in the last quarter of 0.7 per cent, and an increase in new jobs of 240,000 last month as President Obama’s stimulus package supports an upswing in growth.

The International Labour Organisation has called for the creation of 600 million productive jobs worldwide to stem the global youth jobs crisis. It’s time global leaders heeded this call to action.

It’s often argued that the days of great Parliamentary oratory are behind us. Certainly few MPs could match the fluency and moral force of Michael Foot at the height of his powers as any listener to his legendary wind-up speech in the no-confidence debate on 28 March 1979 could attest.

One of Foot’s other great moments at the Despatch Box was in October 1980 to compare the industry secretary Keith Joseph’s monetarist policy on British manufacturing to that of a magician in a theatre smashing the gold watch of a member of the audience with a mallet and claiming to have forgotten the rest of the trick.

A similar analogy could be drawn with George Osborne and the effects of his austerity shock treatment on the UK economy today. The International Monetary Fund have called on governments to put a greater emphasis on the employment and social impacts of their deficit reduction plans, and that without sufficient growth, debt is unlikely to fall.

The chancellor has been keen to keep the credit ratings agencies onside during his time in office, so this week’s criticism by Moody’s on the underlying weakness of growth in the UK economy will be especially stinging for George Osborne.

The Tories’ economic strategy has had three phases:

Ignore the fact that the UK had the second lowest deficit in the G7 prior to the financial crisis, and that Osborne supported Labour spending plans between 2005 and 2008, that the economy grew at 2.1 per cent when Labour left office and unemployment was falling – put all of the blame on “Labour profligacy” and too-big government, and introduce the most sweeping set of reductions in public expenditure since the 1970s.

In arguing that there was no alternative, in echo of the language used by Geoffrey Howe and Nigel Lawson in the early 1980s, Osborne made market credibility the prerequisite of future growth.

His theory of expansionary fiscal contraction, used to underpin the Tory gamble as with Canada in the 1990s, was that the massive reduction in public investment would be accompanied by an increase in private sector output and employment as the “dead hand” of the state gave way to an injection of additional demand from business.

It was a fatal error for jobs and growth, turning a projected 3.2 per cent growth from the time of the comprehensive spending review in autumn 2010 into actual growth of just 0.3 per cent.

The Chancellor chirped that the UK economy was in a stronger position than that in the US, and that the fate of Greece and Portugal awaited the UK but for his deficit reduction plan, but that assertion has ended up as bogus as the others.

The second phase was to argue that although growth was disappointing, it was all the fault of others, and the chancellor should be absolved of any blame for the consistent downgrading of growth and employment forecasts by the OBR.

Contingent factors such as the climate, public holidays, and the Eurozone were all offered as canards. But with the UK’s trade deficit with the EU having improved in recent months, he can no longer put disproportionate blame on lack of demand in the Eurozone for the self-imposed fiscal policy disaster at home.

The third phase was to claim that the paramount test of economic success was low long-term interest rates, despite the obvious parallels of economic failure in Japan in similar circumstances in the previous decade.

Whatever the impact of the events in the Eurozone on UK growth, at least the credit agencies had confidence in the UK’s AAA credit rating, and any alternative policy would inevitably lead to higher borrowing costs for government, and a surge in mortgage payments for home owners.

While this new set of myths were peddled by Tory MPs, forecasts of debt were upgraded by £158 billion from the original OBR forecasts, the period of austerity cuts lengthened into 2017, and higher levels of UK debt purchased by the Bank of England through the asset purchase programme.

The chancellor’s policy sharply orientated towards inactivity on fiscal policy, and an increasing reliance on loose monetary policy to support demand with interest rates frozen at 0.5 per cent and levels of quantitative easing likely to reach as much as £600 billion, to exert a sharply downward effect on long-term interest rates.

Now with Moody’s finding that the massive shortfall on growth since the government unveiled its cuts programme, has placed huge doubts over the Government’s credibility on cutting national debt as a share of national income by 2015, Osborne’s trick has been well and truly rumbled.

Osborne’s ideological soulmates on the European centre-right have failed their citizens too.

Even the middle classes in Greece are suffering poverty on a level not seen since the 1930s as its government is ordered to make harsher cuts by the Eurozone and International Monetary Fund, but the economy has slumped every year since 2007, including an incredible 7 per cent drop in GDP in the last quarter, and an overall a drop in demand of a sixth of GDP since 2007.

Some forecasts put the likely drop in Greek output from 2006 as high as 35-40 per cent of GDP if the current path is rigidly adhered to. Portugal’s debt-to-GDP ratio is rising as growth tanks and the austerity cuts take their toll on economic demand. Italy is in recession, and even the German economic powerhouse is slipping backwards.

Germany needs to do more to boost demand in the rest of the Eurozone by easing its self-imposed strictures on spending, and the other EU economies need room through fiscal policy to restore growth – the lesson from the 1930s is that driving down public spending at a time of collapsing consumer confidence and private sector demand leads to unnecessary suffering and poverty.

Only through a concerted plan for growth and job creation can the EU emerge from the economic death spiral which its governments have hurled it into. George Osborne boasted a year ago of the superiority of UK economic performance compared with that across the Atlantic. Not so now.

Here at home, 16 people are chasing every job available in Glasgow North East, as unemployment surges to 8.6 per cent, even higher than the UK average. 85,000 young people are out of work in Scotland, female unemployment rose by 19 per cent, and levels of economic inactivity rose by 2.2 per cent.

You might wonder what the first minister is doing to take personal control of this Scottish jobs crisis – but he’s too busy taking the case for separation to England to pay much notice.

Across Britain a silent despair is taking grip.

Full-time jobs are being replaced by insecure part-time jobs paying less. More people are falling into fuel poverty, with average fuel bills in the UK rising to £1,345 per year on average, seven million people relying on credit to pay for their housing costs and utility bills, and four million people cannot afford to feed their families, depending on food parcels to make ends meet.

Inequality is widening too. 800,000 children by will fall into poverty by 2020, unless the government changes course, according to the Child Poverty Action Group. Real wages are falling, disposable incomes are slumping, and 88 per cent of government cuts have still to take place, says the respected Institute for Fiscal Studies Green Budget.

The government is unwilling to introduce a tax on bank bonuses, but views picking the pockets of recovering cancer patients and disabled children as fair game. It may be less than two years in office, but never has a government lost all sense of moral decency so quickly. Lives are being damaged for good in the name of an economic theory which is failing across vast swathes of the globe.

At a time when a consensus is emerging that our economic model is broken, and economists from the OECD to the White House are making the call for increased inequality and social solidarity, the European left is setting out an alternative. The French Presidential elections and the German federal elections next year will be the first major tests of its popularity.

Firstly, fiscal policy must be relaxed to boost consumer spending and activity in the economy.

Secondly, capital spending needs to be prioritised to enable new construction activity and the green jobs sector. In Scotland, construction jobs fell by 15 per cent in the last year, as the effect of the Swinney Axe, wielded on capital spending more than twice as fiercely as George Osborne’s, exacted a huge toll on the sector.

Thirdly, new forms of finance, perhaps through more targeted use of the quantitative easing funds from the Bank of England, are needed to support small businesses, with net lending by the banking sector having fallen to SMEs in every quarter of 2011.

Fourthly, a National Investment Bank to turn available private capital into productive economic activity in key sectors such as tourism, and manufacturing, based on long-term investment rather than the get-rich-quick idea model of capitalism which was the principal cause of the crisis in 2007.

Fifthly, taking action on high pay (pdf) by putting a worker on every remuneration committee to cut the appalling gap between workers on average pay and the super-rich, and looking at measures to boost the incomes of low-income workers – at the heart of the SPD’s plans for the German elections next year.

Finally, a plan for youth employment and childcare. Nearly a million women could return to work if affordable childcare was more widely available in Britain (pdf), and no policy would do more to boost the long-term living standards of low and middle income households. It’s an idea whose time has come.