A 14-year-old girl from Maryland has told the state Senate it would be "the best birthday present ever" if legislators were to vote to outlaw gay marriage. 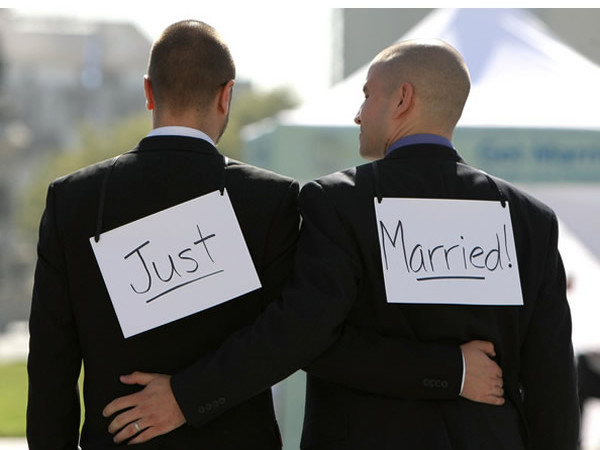 A 14-year-old home-schooled girl from Maryland has told the state Senate it would be “the best birthday present ever” if legislators were to vote to outlaw gay marriage.

Sarah Crank made the bizarre birthday wish in a submission to the state judicial proceedings committee, following Democrat Governor Martin O’Malley’s introduction of a bill last week to lift the ban on gay marriage in the east coast state.

“I really feel bad for the kids who have two parents of the same gender. Even though some kids feel like it’s fine, they have no idea what kind of wonderful experiences they miss out on.

“I don’t want any more kids to get confused about what’s right and OK.

“I really don’t want to grow up in a world where marriage isn’t such a special thing any more. It’s rather scary to think that when I grow up the legislator or the court can change the definition of any word they want.

“People have the choice to be gay, but I don’t want to be affected by their choice. People say they were just born that way, but I’ve met really nice adults who did change. So please vote ‘no’ on gay marriage.”

When the story was broken on the Think Progress blog, her mother Mrs Crank waded in in the comments, with such gems as:

“She and many others are affected by the one way tolerance that gays expect but won’t extend to others.”

“Marriage is was and always has been the joining of opposite sexes in a permanent union to produce, provide for, and protect the next generation. It is a beautiful thing, and the ultimate discrimination to legislate that one or the other gender could be excluded.”

“The problem with the GLBT community is that there is this viewpoint that if you love me, if you accept me, then you must celebrate my behaviour and give me everything I want. To me it is similar to alcoholism or drug addiction.”

“Nature itself forbids same sex couples to marry. The parts don’t fit and no children can be created. No laws will ever change the natural law. The rage of the GLBT community is really against God and nature.”

“Yes, so the thought police ever increasing in the public school system can brainwash everyone into a very unhealthy lifestyle.”

And there’s more, much, much more… If this is the level of indoctrination going at home, one wonders what future birthday wishes her wannabe-Widdecombe of a daughter has in store.

However, it’s not all bigotry and ignorance on the gay marriage debate this week, with the Washington Senate yesterday passing a bill to legalise same-sex marriage, 28-21, with the measure now going to the House for final approval, subject to a ballot challenge, as the Washington Post reports:

Even though the referendum clause amendment was rejected, opponents have already promised to file a challenge to the legislation. But that can’t be done until after it is passed by the full Legislature and signed into law by Gregoire. Opponents then must turn in 120,577 signatures by June 6.

If opponents aren’t able to collect enough signatures, gay and lesbian couples would be able to be wed starting in June. Otherwise, they would have to wait until the results of a November election.

Before last week, it wasn’t certain the Senate would have the support to pass the measure, as a handful of Democrats remained undecided.

Lawmakers in New Jersey and Maryland are expected to debate gay marriage this year, and Maine could see a gay marriage proposal on the November ballot.

Proposed amendments for constitutional bans on gay marriage will be on the ballots in North Carolina on May 8 and in Minnesota on Nov. 6.

• Time for the Commonwealth to stop the criminalisation of sexuality – Frederick Cowell, October 28th 2011