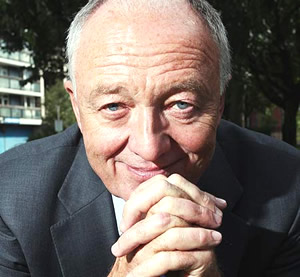 The two key planks of the Labour candidate’s promise are to reverse present Mayor Boris Johnson’s cuts to 1,700 police officers in the Met, and to reinstate sergeants to all 600 Safer Neighbourhood Teams, more of which will be beefed up to a minimum of nine officers, reversing the Tory incumbent’s cut to 300 sergeants in 2011.

Figures from the Metropolitan Police show violent crimes such as robbery, residential burglary and rape have all risen while police numbers have been cut, with knife crime rising every year under Johnson.

“Boris Johnson has admitted cutting 1,700 police officers. If I am elected, I will reverse his cuts. And I will reinstate sergeants to all 600 Safer Neighbourhood Teams, more of which will be beefed up to a minimum of nine officers.

“At a time when violent crimes including robbery, knife crime and rape are all rising in London it’s time to reverse the Tory Mayor’s cuts to the police and make the streets safer.”

With Labour’s Joanne McCartney AM, who called Boris “completely out of touch”, adding:

“Londoners across the capital have been appalled by Boris Johnson’s police cuts. It’s essential that there is a visible policing presence on our streets.

“Boris Johnson’s decision to cut 1700 police officers, including 300 experienced local police team sergeants shows why he is increasingly known as a Mayor who is completely out of touch.”

Labour say Ken will bring in new money to fund his pledge by ensuring Transport for London pays the full cost of the Safer Transport teams; reducing spending on bureaucracy at the new Mayor’s Office for Policing and Crime (MOPC); standing up against the national government’s cuts; and deploying new technology to ensure smarter working and increase detection rates.

The election takes place on Thursday, May 3rd.

• Boris Johnson’s use of statistics are designed to mislead the public – Len Duvall AM, January 25th 2012

• Boris’s retreat from accountability over the Met should worry us all – Joanne McCartney AM, January 16th 2012

• The stats show the Tories make you worse off and less safe – Michael Burke, July 24th 2011