David Taylor argues that the lack of help for India's growing health service is a shame, but sadly typical of the conservative attitude to aid 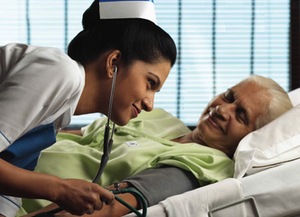 There is a debate raging on Britain’s aid to India following the recent reports on remarks by India’s finance minister that India did not require the aid. Much to the delight of the right in this country, he told the Indian parliament that the aid we give is “peanuts.”

Though remarks were actually made over a year ago, on the face of it he is right – aid from Britain and others amounts to only 0.4 per cent of India’s GDP. India’s economy is growing at up to 10 per cent a year and is projected to become bigger than Britain’s within a decade. They can afford a nuclear weapons programme.

They have legislated to make universal education a right and doubled spending on education since 2003. They have doubled spending on health too, and are making plans for an Indian NHS. And their National Rural Employment Guarantee Scheme now reaches 40 million households living below poverty line, providing them with at least 100 days of work a year.

Yet the uncomfortable truth for the Foreign Minister is that the UK is giving aid because, despite India’s emerging power, the country is still home to one third of the world’s poor.

Income inequality has doubled in the last 20 years. Average income is one third of China’s. Despite some great progressive moves, they are not yet doing enough to share the rewards of their emergence with all of their citizens.

Until they do that, we can’t just walk away.

UK aid to India is supporting millions of people. We help 20 million go to school and helped establish 250,000 new schools. DFID will help deliver 500,000 safe births over next few years. And DFID will provide nearly six million with safe water and sanitation. Just pulling the plug on that could put thousands of people’s lives at risk – something Tory MPs seem all too happy to gloss over.

If we were to scale back our aid to India, DFID would have to ensure that national or state run government programmes were in place to carry on supporting the people reliant on our help.

And if were were to reduce our aid to India, the money should be reallocated – not cut. Contrary to the desire of right-wing Tory MPs and the media, if India doesn’t need our aid it should be reallocated to other low income countries to help fight poverty there as part of this country’s commitment to spend 0.7 per cent on aid.

For the time being, Mitchell has been steadfast in his defence of DFID’s aid to India and for that he deserves credit. But his claim that aid to India would help us win a contract for Typhoon jets – only for them to opt for French fighters – was embarrassing and could set a worrying precedent.

Labour made sure our aid was not linked to commercial interests, and following Mitchell’s St Helena shambles we don’t want to end up with another Pergau Dam scandal.

But for me the biggest question regarding our support to India is why on earth is our government so absent in helping the India government as they draw up plans for a health care system based on our NHS.

In late 2010 a panel of experts was tasked by the prime minister to come up with a plan to achieve universal health coverage for India.

Noting that the country’s poor health care was largely due to low public spending and widespread private fees, they rejected calls for a private insurance solution and opted instead for a public health care system. Their proposed solution is to scrap all fees, more than double public spending, and push free generic medicines for all.

The plan has recently been given the Prime Minister’s approval.

Cameron once said he was “incredibly proud” of a “special NHS“. That sentiment has of course been undermined by their NHS ‘reform’ bill. But it is also suspiciously absent from their actions abroad.

They have already shut down Gordon Brown’s Centre for Progressive Health Care Financing that was set up to support poor countries to achieve universal access to health care.

Here in India is an opportunity to create a health care system modelled on our own NHS – providing universal coverage to 1.2 billion people – and yet what are Cameron and Mitchell doing to support them?

For a relatively small amount of aid money, DFID and the NHS could be providing technical assistance and advice to the Indian government so that they can learn from the mother of all universal health care systems. So why aren’t they?

In truth, we know the reason. Ideologically, the Tories can’t bring themselves to support public-funded universal health care. That’s not just apparent in their plans for the NHS – it affects their development policy too. Page one of their green paper (pdf) prior to the election said, “we bring a natural scepticism about government schemes”, and refused to back public services over private provision.

Whilst the Tories sit on their hands, an even more worrying threat to plans to implement an Indian NHS comes from the right in India – from the Hindu nationalist party the BJP, the official opposition.

There are crucial elections going on right now in the state of Uttar Pradesh, as well as the budget session of parliament in March. If the government fails to win enough support in parliament for its finance bill, then, under the constitution, it must resign, which could trigger a mid-term election.

If it does, all the progressive policies implemented by the Indian National Congress will be at risk. They may have their faults – much of their current woes stem from them being on the wrong side wrong side of the argument on corruption – but they are broadly a social democratic party and we should be ready to support them.

The Young Fabians will run a trip to the US later this year to help re-elect Obama – why not a trip to help PM Singh’s INC retain control of the Lok Sabha? I hope LCID can organise one in the future.

There is a major opportunity to achieve universal health care for 1.2 billion people – an opportunity that should not be missed. If Cameron is genuinely proud of the NHS then his government should be helping other countries draw up plans for their own versions. And we in the Labour Party should be helping our sister parties get elected – and stay elected – to execute those plans.

18 Responses to “Just as we dismantle our NHS, India is trying to build theirs”