In the absence of fiscal stimulus, that is an injection of government spending, and with interest rates at rock bottom, the alternative to quantitative easing is mass unemployment. We have no choice. 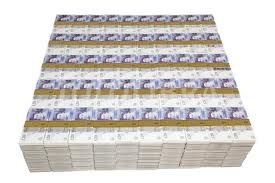 Fraser Nelson is no fan of the Monetary Policy Committee’s decision yesterday to increase the level of quantitative easing (QE) by a further £50 billion.

Writing in yesterday’s Daily Telegraph, he argues that, at the very least, Mervyn King and George Osborne should come clean about the effect on pensioners because it is their policy that has driven annuity rates so low.

As ever with economics, it is not that simple. To understand, why requires a bit of theory. Paul Krugman has set this out in a recent blog; but here is the main line of argument.

Interest rates are determined by the supply of savings and the demand for funds for investment. At any point in time, there is a level of the interest rate that will result in savings equalling investment at full employment.

The problem right now – because of deleveraging – is that this level of interest rates is negative. But interest rates cannot fall below zero (because people would simply keep their savings in cash). The result is that, even with interest rates effectively at zero, there is an excess supply of savings and insufficient demand in the economy.

Krugman’s solution is more government spending (or tax cuts). In the UK, this option has been ruled out by the Chancellor.

The alternative, therefore, is quantitative easing:crudely put, printing (electronic) money to buy government bonds and so lower long-term interest rates. This can support demand in the economy through a number of channels.

This makes it cheaper for companies to raise funds. And lower yields will also tend to make sterling less attractive to international investors and help to hold it down against the currencies of our key trading partners, particularly the euro.

Do debtors gain from this as Nelson argues? Yes they do. For example, if there was no QE, rates on fixed rate mortgages would be higher. Do savers lose out? Yes they do – but only up to a point.

While the yield available for anyone buying a government bond today is historically low, anyone who has been holding bonds in recent years will have seen their value appreciate significantly.

Similarly, anyone buying an annuity today will get what appears to be a low pay-out. But the value of their pension pot will be so much greater thanks to QE, particularly if it has been invested largely in government bonds, as most advisers would recommend for those close to retirement.

In any case, it is wrong to put all the blame on Mervyn King and George Osborne for any transfer of wealth from savers to debtors.

Through QE they are implementing what the market cannot achieve. The overall economic situation – an economy in which output is currently almost 4 per cent lower than at its peak four years ago – requires lower interest rates, which also favour debtors over savers. But rates cannot go any lower; QE is the alternative.

Fraser Nelson likes thought experiments: he starts his article with one. Here’s another one. Imagine George Osborne were to stand up in the House of Commons and declare that, despite the risk of a new economic crisis, he had ordered the Bank of England to end its policy of quantitative easing because of its effect on annuity rates and the income of pensioners.

Furthermore, interest rates would in future always be maintained at a level of 2 per cent or above. And no, he would not be relaxing fiscal policy because maintaining the UK’s credibility and credit rating was still of primary importance.

As a result, he might add, business and consumer confidence was expected to collapse, there would be a sharp increase in mortgage rates and the Office for Budget Responsibility is now forecasting a deep recession and youth unemployment of 1.5 million in 2013. This seems grossly unfair on the current generation of school and college leavers, but the alternative is poorer pensioners and that is unacceptable.

QE is not perfect, and I am one of those who think that relaxing the pace of deficit reduction would be sensible while interest rates are at the zero bound and growth is turning out far weaker than expected. But it surely has a role to play in helping to ease the economy out of its current predicament.

In one respect, Nelson is right: this is a big experiment and we cannot be sure of the outcome. But such is life. Unlike in the scientific world, there are no laboratories in which new economic policies can be tested out before they are used in the real world.

Sometimes the situation is so bad that policy makers have to experiment on the real economy. In the current circumstances surely that is better than the alternative of doing nothing.

• Quantitative easing: The latest windfall from us all to “country London” – Ranjit Sidhu, October 8th 2011

23 Responses to “In Defence of Quantitative Easing”