Alex Hern reports on the release of the new report on the NHS reforms, Breaking the NHS 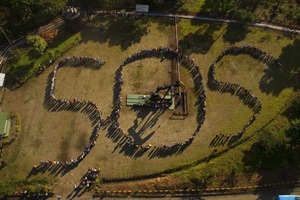 Despite requests to release the detail of the health & social care reform bill risk assessment from every corner, including the information commissioner, Andrew Lansley continues to withhold this vital detail and plough through his changes without an electoral mandate.

Released today, the report Breaking the NHS – stealing England’s health through reckless reform brings together a crowd of informed voices, all arguing that these reforms are a risk of unique proportions and that the Bill should be dropped at the earliest opportunity, while it is not too late to rescue the NHS from oblivion.

This is an excessively costly and wasteful exercise, based upon absolutely no evidence, at a time when every pound counts. It is a threat to professional standards and quality care and will herald a profit-focused approach which will also result in EU Competition Law costing the service millions of pounds in law suits from a dissatisfied private sector.

Far from improving patient chances, if implemented, the bill will result in increasing numbers of patients fighting to obtain treatment and care.

Collating the voices of patients, medical experts, numerous members of the House of Lords with medical backgrounds, including Lord David Owen, as well as shocking evidence of the entangled influence of private healthcare from the US, the report explores five areas:

The threat to patients; privatisation and EU competition law; the lack of evidence; the economy and wasting funds; and how the reforms are ignoring moral obligations

Stalwart leader of the fight against the Bill in the Lords, Baroness Glenys Thornton says:

“This is an important and well researched source of information about how damaging the health & social care bill will be for our NHS.

“Many of the key areas of concern highlighted so well in this report have also been the subject of arguments put forward by the Labour Team throughout the progress of this dreadful bill.

“Anyone seeking information about the concerns over the bill will find this report of great value.”

The government argues it’s too late to reverse the process – but as well as demonstrating how withdrawal of the Bill would, at the very least, prevent the full scale destruction of the NHS and the full impact of marketisation, the report also shows that dropping it now will save at least £1 billion and put a stop to the most dangerous elements of these reforms.

On the day when Dr Kailesh Chand’s petition soars to almost 120,000 signatures, accumulating an extraordinary 40,000 in 24 hours, the contents of this report show exactly why everyone who knows about the urgent need to safeguard the NHS is speaking out

The report shows that a critical mass is now emerging to say one thing: Drop the bill.

Everyone who cares about the NHS should continue to sign the petitions, and help spread the report showing the damage the changes will cause to Britain.

40 Responses to “How the coalition is breaking the NHS”