Airport Watch presents the actual evidence around the expansion of airport capacity. It doesn't bode well for airports. 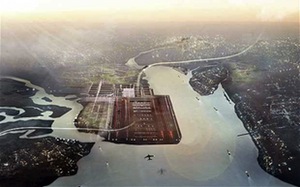 A poll released yesterday by the Institution of Mechanical Engineers, which showed more people would prefer a third runway at Heathrow to a new airport in the Thames Estuary, is little more than a desperate attempt to avoid the real debate about whether any further airport capacity is required in the South East.

Nowhere was this clearer than in the figure the Institute chose not to headline: that 35 per cent think the government was right not to go ahead with a third runway in the first place. This is desperation with a capital ‘D’.

The poll is part of a coordinated series of publications by the aviation industry and its allies intended to influence the government’s draft aviation policy due to go out to public consultation at the end of this month.

In January a group of 30 Conservatives MPs, calling themselves the Free Enterprise Group, published The Case for Aviation (pdf) which argued that:

“To deliver growth, airport operators should be enabled to build at least one more runway in south east England by 2020.”

The common theme of all these reports is that UK business will lose out to our European competitors if it does not have the extra airport capacity to serve more cities in the fast-developing economies of China, India and South America. But none of them has even attempted a rigorous analysis of whether extra capacity is actually required.

A public opinion poll asking people about their favoured site for a new airport is no substitute for sound argument.

The evidence which does exist suggests that the economic case for further airport capacity in the South East is not strong. All the independent research shows London remains the best-connected city in the world for firms to do business.

The global property consultants, Cushman & Wakefield, carry out an influential survey each year on how attractive European cities are to business. In 2011, London remained the top city in Europe to do business. It owed it position to its excellent links to the rest of the world.

“London is still ranked – by some distance from its closest competitors – as the leading city in which to do business.”

This, despite the fact that London is losing out badly to many of its European rivals on quality of life, air pollution, noise and traffic congestion.

There is at least a credible argument to be made that business should be lobbying for improvements in these areas to make London even more business-friendly rather than focusing on the area where London leads the world: its international connectivity.

The polls and reports being rushed out by the aviation industry and its allies ignore two other key factors that will determine whether new capacity is required. There is no mention of the trend by business people to increasingly favour video-conferencing over air travel.

A report from WWF, published last year (pdf) found that, amongst the UK’s top 500 companies, 47 per cent had reduced the number of business flights they had taken in the last two years, and that of those, 85 per cent did not intend to return to ‘business as usual’ levels of flying.

The other issue the industry and its allies refuse to address surrounds the use of existing airport capacity.

There is a lot of evidence to suggest that if better use was made of current capacity, no new runways would be required in the South East. At Heathrow around 25 per cent of flights are domestic or to European destinations where fast, affordable rail is potentially an alternative.

If airport capacity was to be restrained, it is likely that market forces would squeeze out many of these flights in favour of the more profitable intercontinental flights, including many more from the fast-developing economies of Asia and South America.

There is an irony in the in the refusal of the aviation industry and its allies to back up its case with hard evidence.

The current transport secretary Justine Greening and her Labour shadow, Maria Eagle, come from different ends of the political spectrum but both are serious politicians who aim to take evidence-based decisions. Neither Justine Greening nor Maria Eagle will be swayed by snap-shot opinion polls that act as a substitute for serious debate.

13 Responses to “Even if people prefer a 3rd runway to Boris Island, doesn’t mean they like either”