The more interesting section of Ed Miliband’s speech at the Thomson Reuters building is on potential reforms to the banking sector. 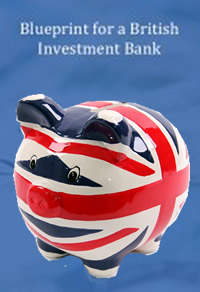 Ed Miliband’s speech this morning will be overshadowed by the events surrounding Chris Huhne and any coverage that he does get will focus on his banker bashing. But the more interesting section of his statement at the Thomson Reuters building is on potential reforms to the banking sector.

In a section of his speech outlining how small and medium sized firms are still struggling to get credit, Miliband puts Britain’s banking sector in international context:

“There are two reasons why not enough capital currently reaches the small and medium sized enterprises in this country which are crying out for it. The first is that it’s always hardest to get credit when the economy is in a downturn, even though that’s when small and medium-sized firms need finance the most.

“And the second is that it is cheaper for banks to lend to big companies than small ones. Particularly when credit is already being rationed, lending to small firms is often deemed not worthwhile for banks. The market on its own does not work for small businesses.

“All the most successful economies around the world recognise this: from Asian capitalist states like Singapore, through active industrial states like Germany, to supposedly free market states like the USA.

“And they make sure that the state helps finance to reach the small and medium sized enterprises which need it.

“This isn’t about picking winners.  It is about the state getting the market moving, like our most successful competitors have been doing since the fifties. It’s no coincidence that in Britain we haven’t done as much to develop a Mittelstand like Germany.

“Or fast-growing young companies like Apple and Intel – both of which got growth funding from the US government’s Small Business Investment Company programme.

“When it comes to competing internationally, our small and medium sized companies are fighting with one hand tied behind their back. One nation banking means the private sector and the state need to work together in partnership to get the system working for small business.

“It means we will need a much more diverse and competitive banking system which is more rooted in our communities. And it means looking at the case for a British Investment Bank which would provide government backing for entrepreneurs when the market fails.”

IPPR’s recent report (pdf) with Lord Mandelson on globalisation advocates a National Investment Bank. The remit we suggest is narrower than Miliband’s. Building on an idea (pdf) developed by venture capitalist Gerald Holtham, we suggest that the bank should invest in ‘marketable services’ which would develop a rate of return for the Exchequer.

This would include big infrastructure projects in the energy and transport sectors but could also cover house building and the roll out of superfast broadband. The policy would turn the much derided Private Finance Initiative on its head by having the public sector lease profitable services to the private sector rather than the other way around.

With the UK potentially already in a double dip recession and yields on government bonds at historically low levels, currently 2.03 per cent, there has never been a better time for this idea.