Rob Berkeley looks at the concerns raised by Eric Pickles about assimilation, and finds them to be largely without merit. 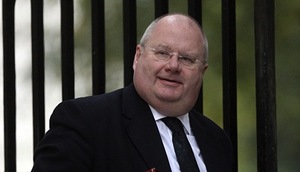 Rob Berkeley is the director of the Runnymede Trust

Today’s announcement of an integration strategy from Secretary of State for Communities and Local Government, Eric Pickles, marks a dangerous and ill-advised reversion to assimilationist policy, where all differences of ethnicity and heritage are subsumed into a majoritarian ‘mainstream’.

Instead of taking the opportunity to further benefit from the diversity of the ethnic and faith backgrounds of its citizens, Pickles seems intent on restoring some notion of Britishness that is frozen in time and fails to take account of the nature of a modern Britain, its citizenry, or its role in the world.

While in interviews Pickles points to last year’s Royal Wedding as a unifying moment for the British people, he would do well to also remember this summer’s Olympics, won for a London sold as ‘The World in One City’.

His emphasis on ‘British values’ and ‘national unity’, in a series of interviews given to the Daily Mail and Express, suggests that people from minority ethnic backgrounds are somehow a threat to these values or to a unified country.

This is despite significant evidence to the contrary and the significant contribution people from minority ethnic backgrounds have made and continue to make to Britain. Pickles seems to be advocating that the government, or perhaps he, or just the white majority, should be the arbiter of these values rather than the citizens of this country in all their ethnic diversity.

Meanwhile even in the wake of the Lawrence convictions we still see persistent racial inequality and injustice in our society.

Youth unemployment among Black and Pakistani heritage young people is more than double the rate of that of white young people. There are three times as many young Black men in prison as in Russell Group universities. Police waste 5,500 days each year stopping and searching Black and Asian people without reducing the crime that they are more likely to be victims of.

Government research has highlighted that if you have an identifiably African or Asian name you have to make nearly twice as many applications to even get an interview.

Our research and that of others shows that concern about racial injustice was a key motivator in the riots last summer. Our football terraces and fields are once again dealing with overt racist attitudes. These facts seem to have escaped the notice of the government department charged with addressing racial injustice in our communities.

The government has taken over 18 months to articulate its (still incomplete) strategy in response to these problems, and has failed to meaningfully consult the communities that this strategy will effect most.

Due to this lack of engagement, it has identified ‘integration’ as the solution, and sought to blame marginalised groups for ‘choosing to remain outside of mainstream society’.

Rejecting any targeted responses to racial injustice in favour of ‘mainstream’ services, the government proposes that a ‘Big Lunch’, ‘community music days’, and support for The Scouts Association are the kind of responses that we need.

The Secretary of State appears to have completely misunderstood the problems we face in building a successful multi-ethnic society, and the solutions proposed as a result simply miss the point.

While it may win a few political points on the soft right, a return to assimilation is neither desirable nor practicable and puts at risk the benefits we have gained from the ethnic diversity of British people. This government has sought to make fairness its catchword; this strategy does nothing to turn such rhetoric into reality.

• Outside In: A conviction politician, and a good read to boot – Carl Packman, January 24th 2012

• He sees no corruption, hears no racism and speaks no sense: It’s time to kick Blatter out – Shamik Das, November 17th 2011