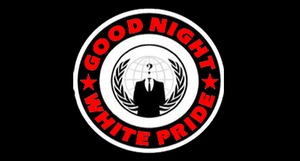 The amorphous internet collective known as “Anonymous” announced today that they have successfully attacked and overtaken the websites of American white supremacists American Third Position (A3P); in doing so, they have also, they say, uncovered evidence of close links between A3P and Republican presidential candidate Ron Paul.

In a statement on pirasec.com, Anonymous write:

Fellow anons: we are pleased to bring you the dismantling of a major US-based white supremacist network known as the “American Third Position”(A3P). These racist losers have chapters across the US, operate several white power websites, forums and online stores, and are even running a candidate in the 2012 elections…

In addition to finding the usual racist rants and interactions with other white power groups, we also found a disturbingly high amount of members who are also involved in campaigning for Ron Paul.

According to these messages, Ron Paul has regularly met with many A3P members, even engaging in conference calls with their board of directors.

Ron Paul’s racist politics and affiliations are already well known, being viciously anti-immigrant, anti-abortion and against gay marriage – not to mention having authored the racist “Ron Paul Papers” and receiving financial support from other white power groups (pictured with Don Black from stormfront.org [A large white-supremacist forum]).

Hard to believe Ron Paul draws some support from the left and the occupation movements, especially now that it is confirmed Ron Paul hangs out with straight up racist hate groups.

Ron Paul’s racism has been noted before.

In December, the Atlantic selected some of the most astonishing quotes from the newsletters he used to send out as a congressman, including:

“Given the inefficiencies of what DC laughingly calls the criminal justice system, I think we can safely assume that 95 percent of the black males in that city are semi-criminal or entirely criminal.”

“We are constantly told that it is evil to be afraid of black men, it is hardly irrational.”

[After the Los Angeles riots] “Order was only restored in L.A. when it came time for the blacks to pick up their welfare checks.”

[Martin Luther King was] “the world-class philanderer who beat up his paramours” [who] “seduced underage girls and boys.”

When asked on CNN about the newsletters, Paul walked out of an interview, denying he wrote them – although the Washington Post reports that he did indeed sign off on them.

Ron Paul is not, it appears, a particularly nice man; not even for a Republican presidential candidate.

• Who is the Democrats’ Republican candidate? – Alex Hern, January 4th 2012