Chris Tarquini rounds up the week’s news from around the world, including the latest from the Republican Primary race. 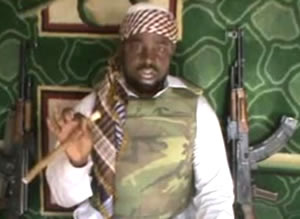 The world has been watching democracy in action this week across the pond in America as the Republican Party aims to edge closer to deciding on who will face President Obama in the general election.

However it is not just the U.S that has been dominating the headlines in world affairs. Following numerous attacks in Nigeria from extremist Islamist group Boko Haram, the leader of the militant group, Abubakar Shekau, has claimed they are simply revenge for Christian on Muslim violence.

Shekau went on to claim that “they killed our fellows and even ate their flesh in Jos,” a reference to unconfirmed reports of Christian youths eating the burnt flesh of their rivals in Plateau state.

The main target for the group continues to be the Nigerian security forces, following the death of former Boko Haram leader Mohammed Yusuf following his arrest in 2009.

In Pakistan the military seems to be less the target and more the side taking aim. Following criticism from prime minister Yousuf Raza Gilani the army warned of “serious ramifications with potentially grievous consequences”.  Following his sacking of his military-aligned defence secretary Gilani accused the military of violating the constitution, prompting the sharp response.

The Pakistani military was previously publicly humiliated by the US killing of Osama Bin Laden on their soil and this new criticism will anger them further. Do not expect the tense situation to relax anytime soon.

The Chinese government purge of TV culture is continuing as the leadership aims to promote “traditional virtues and socialist core values”.

The latest show to be axed, Take Me Out is just one of 126 shows entertainment shows that have now been reduced to a meagre 38. Broadcasters can now only show two entertainment shows a week totalling only 90 minutes in prime time. The move comes after President Hu Jintao criticised attempts to ‘westernise’ and ‘divide’ China, one has to ask what he would think of Desperate Scousewives?

Back to the United States and the American government has condemned the killing of an Iranian nuclear scientist in a car bomb attack in Tehran. A magnetic bomb was attached to the car that was later detonated outside a university campus, killing Mostafa Ahmadi-Roshan and one other. Despite accusations levelled at Israel the killer or killers have yet to be confirmed.

Iran has previously accused Israel of attacking their ‘peaceful’ nuclear programme through method including computer viruses and assassinations. Whether Israel has been behind the murders, whether they conduct them in future and whether the pacifist, trustworthy Iranian regime really only wants a non-weapons grade nuclear project will continue to be the defining issue in the region.

Within the United States the New Hampshire primary has seen another win for Willard ‘Mitt’ Romney in the Republican field, obtaining 39.3 per cent of the vote. Libertarian Ron Paul edged 2nd with 22.9 per cent to former Utah Governor Jon Huntsman’s 16.9 per cent.

Newt Gingrich and Rick Santorum obtained just over 9 per cent, meaning both have little momentum going into South Carolina. Rick Perry failed to break the one per cent ceiling meaning the embattled Texas Governor will be making a last stand at South Carolina before his inevitable embarrassing entrance from the race following his pre-primary school level debating abilities.

The newest South Carolina polling shows Romney just ahead of Santorum and Gingrich in the state meaning Romney could continue his domination of the primary battle. However what concerns many of the GOP faithful is one simple question, is Romney only winning because his opposition is so weak?

The latest in the Gallup daily tracking poll shows President Obama with a 43 per cent approval and 49 per cent disapproval rate. This will concern the President but with election day many months away and if anyone knows about hope, surely it is Obama.

• Where do we go after the millennium development goals? – Gareth Thomas MP, January 12th 2012

11 Responses to “The World Outside Westminster – Violence in Nigeria, unrest in Pakistan, and Romney”