Alex Hern looks ahead to 2012 and what the year holds for students in Britain. 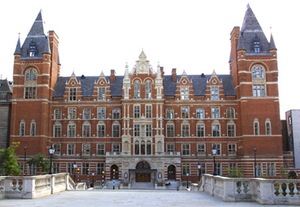 The year ahead for students will be dominated by one thing: the arrival of the first cohort of students paying the new tripled fees.

The average fee for the 2012 intake stands at just a shade over £8000, with just over a third of English universities charging the maximum of £9000.

This increase has already had an enormous effect on the size and make-up of the group arriving at university. The number of UK-born students who applied to start this year fell by 15 per cent on 2011, to 133,357.

This drop is not so large when compared to 2010, however, when the number of UK born applications was 139,875. Unsurprisingly, it appears that many students who may otherwise have taken a gap year decided to go straight through to university, creating a temporary boom in 2011. We shall find out this year whether the corresponding fall is also temporary.

The actual effect that the increased fees will have on students finances also remains very up in the air.

In November last year, the government, in an attempt to lower the average fee, bribed some universities to lower what they were charging. Universities which charged less that £7500 were to be allowed to take on extra students. According to the BBC, this led to 27 universities changing their fees, even after students had applied.

Many of these fees were lowered by moving money from student support to fee waivers, which is a decision which will have far reaching effects.

For all that high tuition fees are problematic, their pernicious effects are largely long-term; they aren’t paid back until graduation, and many students won’t ever pay them back in full. With this in mind, the effect of a fee waiver is small and delayed. It could mean that the graduate will be able to stop paying back their loan at 39 rather than at 41, for instance.

This contrasts with the student support money, which is being used to pay for many of these fee waivers. This is money set aside for helping the poorest students survive through their degree. It cannot be offset, and for many students if it runs out, they have to drop out.

This change is not the only one made recently.

In late December, Times Higher Education reported that the Million+ group of ex-polytechnics was fearing cuts in the widening-participation premium, a £227 million pot allocated to universities to reflect the higher cost of teaching poorer students.

The head of the group, Pam Tatlow, said:

It has become clear in recent days that the Treasury thinks that cutting the widening-participation premium is a ‘saving’ worth making.

The final decision as to whether the grant will indeed be maintained has not yet been taken, but its cutting would follow the trend of shifting ever increasing amounts of the cost of a students education onto them.

The cuts to the block teaching grants will continue for the universities, with the government holding firm on its 2010 commitment to cut the overall teaching budget by over 40 per cent, including the entirety of the teaching budget of over 20 universities, from the LSE and SOAS to the Courtauld Institute and Royal College of Music.

This crunch will combine with the research council funding cuts to make 2012 very tight indeed for a number of universities.

If they can make it through to the first payments of the higher tuition fees, they should be OK, but with them not due until February 2013, it will not be surprising if one or more universities face a very difficult financial situation this year.

The year may not be rosy for the universities’ finances, but there may be some positive changes on the horizon. By January 20th, we should know the results of UCAS’ public consultation on changing the university application process.

As Laura McInerney wrote when the changes were first proposed:

As exams are now scanned and sent electronically to examiners, alongside online scrutiny and normalisation of exam marks, the process is now much quicker than ever before.

If students began their exams a few weeks earlier – at the beginning rather than end of May – the results could be ready before colleges close at the end of July enabling students to apply for university over the summer clear in the knowledge of their grades.

While the solution sounds so sensible one could be forgiven for thinking it should have been implemented five years ago with the introduction of electronic examination processes, one must consider why it was that Labour – who first suggested this change in 2004 – failed to follow through to success.

There are many potential problems with the changes, but if they are taken into account, the best-case scenario could be an application process fairer to all, and more able to cater for the least advantaged students.

Whether or not UCAS builds an acceptable replacement, for the most part 2012 looks set to be a year of hardship and strife for students and universities.

Higher tuition fees will be damaging in the long term, but the short term difficulties of the switch from a state- to student-funded higher education system are what should be most feared for the year ahead.

34 Responses to “Will 2012 see the first university bankruptcy?”