Key parts of the welfare reform bill were defeated in the House of Lords last night, reports Shamik Das. 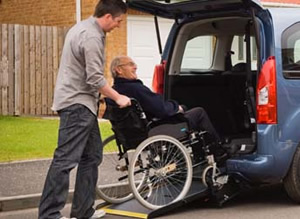 Key parts of the welfare reform bill were defeated in the House of Lords last night. Plans to means-test employment and support allowance – which would have applied to cancer patients and stroke survivors – were defeated by 222 votes to 166; proposals for time limits on the benefits were defeated 234-186; and restrictions on young people with disabilities from claiming them were defeated 260-216.

The bill was defeated by an alliance of Labour and crossbench peers, led by Lord Patel, a crossbencher and the former president of the Royal College of Obstetricians, with the Lib Dems, almost to a peer, backing the government.

With a few exceptions, the Liberal Democrats voted with the government as they generally have throughout the divisions in the Lords on the welfare bill, but their support was overwhelmed by a big turnout from Labour and crossbenchers. The Labour peerage is armed with welfare experts including Lady Lister and Lady Hollis.

Crossbenchers have also been furiously lobbied by disability campaigners arguing that they should not be made to suffer for the economic crisis.

Many Liberal Democrats have been uncomfortable voting with the government, but feel forced to do so if they are to abide by their coalition commitment to bring the deficit under control.

Wednesday’s rebellions mean the government has now been defeated four times on its welfare bill in the Lords, after Labour joined 13 Liberal Democrat rebels before Christmas to reject a plan to reduce housing benefit for families with spare bedrooms in their homes.

Officials in the department for work and pensions will now have to come to a compromise with peers to avoid the legislation becoming bogged down or bouncing constantly between the two chambers.

The scale of the defeat particularly surprised government insiders. The exemption for young disabled people was carried with a majority of 44, that for people receiving treatment for cancer gained a majority of 56 and the overall time limit on ESA was defeated by 48 votes.

There was a fourth division of the bill, however, in which Lord Freud moved an amendment that basically overturned most of the effect of the vote on youth Employment and Support Allowance (cutting out new claims and possibly leaving exisiting claims in place) – this division was won 132-49 by the government since most Labour and crossbench peers (all 15 of whom remained voting against) had drifted away.

It appears there is no way this can now stand as it leads to a contradiction in the bill.

The campaign against the bill goes on; as Sue Marsh says:

“Today, you have truth and justice on your side. The government do not. No government is defeated on the scale we saw last night, with the very strong majorities we saw, by accident. It was the undeniable injustice of the government’s plans that convinced the Lords.

“Do what we do best and make our case honestly. Re-post articles, write short statements, blog, contact friendly journalists and see if they will drop a little of the DWP spin angles. Contact supporters and let them know we won and what it means. Own the internet. It’s all we have.

“Perhaps a short note to some of the peers you lobbied thanking them? We have been insistent and a thank you is always nice.

“Trust in our case, trust in the evidence we have presented, but most of all trust yourselves. Governments are not defeated often in the way ours was yesterday and you did it. Without the TV news, without much of the printed news, without an opposition, whatever Labour MPs claim today. The Labour Lords worked tirelessly for us however and they deserve a huge thank you.”

33 Responses to “Welfare reform bill in tatters after Lords defeats”