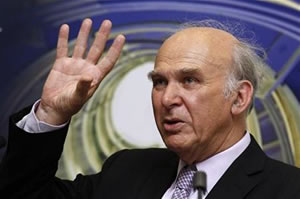 When Vince Cable launched his discussion paper on executive pay in September, the issue was already a hot topic. It would become even hotter in the months that followed, with widespread coverage for figures showing huge pay increases for directors. The pressure was maintained when the High Pay Commission released its widely respected report in November.

Against that background, politicians of all stripes competed to take control of the issue.

This presented the business secretary with a golden opportunity to be seen to take decisive action on an issue which resonates with the public.

When Cable did make his announcement yesterday, many of the questions in parliament concerned what might have been included and was not: initiatives such as mandatory reporting of pay ratios and mandatory inclusion of employees on remuneration committees.

It was suggested by Chuka Umunna that Cable did favour the latter option, but dropped it under pressure from Downing Street.

What remained is focused heavily on empowering investors to tackle high pay.

Companies are legally accountable to shareholders, and it is right that this accountability should be facilitated (e.g. by simplifying how executive pay is reported and giving shareholders a veto, rather than a non-binding retrospective vote). However, structural issues mean that shareholders alone are not capable of tackling excessive remuneration.

The vast majority of shareholders do not vote against management, even on controversial matters: even at the height of the financial crisis only five companies lost a vote on remuneration. The business department itself identifies numerous barriers to shareholders tackling excessive pay (pdf); these include that:

“A growing proportion of the diverse UK shareholder base comprises overseas or short-term investors”.

“Even those investors who are the most engaged in this area have limited resources dedicated to scrutinising remuneration and may have interests in hundreds or thousands of different companies”.

Even the Investment Management Association says

“There is concern amongst investment managers that there should not be unrealistic expectations about what they can achieve through engagement”.

There are initiatives that could encourage investors to address issues of excessive pay. These include requiring institutional investors (i.e the large asset management companies) to disclose their votes (using powers under the companies act) to make them more accountable to  shareholders and individual savers about how their money is being used.