Vera Baird QC writes from the Commission on Women’s Safety, and reports that life is getting harder in coalition Britain for women in dangerous circumstances. 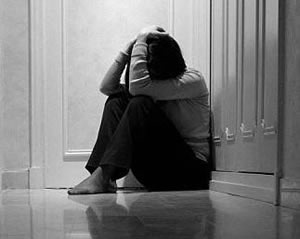 The Labour Commission on Women’s Safety began gathering evidence just before Christmas. My colleagues, MPs Kate Green, Stella Creasy and I, met in London with twelve leading national women’s organisations to scope out what our inquiry needs to cover.

The shadow home secretary, Yvette Cooper, has asked us to produce a provisional report by International Women’s Day in March about whether, and if so how, coalition decisions, policies and legislation are impacting on women’s safety.

At our first meeting, we asked each group to talk for up to five minutes on their major issues. I was, personally, taken aback by the passion and anger with which these experienced professionals set out the current reality on the ground, not only for women who are trying to escape from violence, but for their supporters and volunteers in the community.

More than one contributor highlighted what they referred to as a crisis in accommodation for women fleeing violence.

Because of a combination of disproportionate budget cuts and chaos in local commissioning services, these organisations whose very purpose is to find housing for such women and to take them onward from their experience are repeatedly contacting their usual sources and being rebuffed.

This would have happened occasionally in the past but now, we were told, occurs several times each week. Vulnerable women, who have mustered the courage to leave their violent homes find that they cannot get accommodation even from those whose purpose is to help them and who desperately want to do so.

It seems inevitable that without anywhere else to stay, some women will have no option but to return to their violent partner and face the risk of escalating harm. We have spent many years trying to persuade women that they can safely leave these relationships and that services are in place for them.

More than one organisation has been forced to advise such women how they can best minimise the risk of harm to themselves if they are forced to sleep on the streets. Advisers tell them to go to any busy place with people around, such as accident and emergency units or even to the Occupy protest camps.

They do not always hear back from these women and are left with a legacy of serious concern.

Some of our contributors run refuge accommodation themselves, for women and often, their children. Women are often housed, for their own safety, in refuges far from their violent partner and as a consequence have had the entire framework of their lives disrupted.

Consequently, a refuge is not merely a roof over the head.

It involves support workers to assist with issues such as trauma counselling, onward accommodation, emergency benefits applications and getting children into school. It needs to have facilities for childcare and the properties incur higher than normal wear and tear and need expensive security provision.

Provision has always been a struggle, with a postcode lottery of funding. Refuges are not luxuries or add-ons and cannot be run as profitable business ventures. They are core to the practical resolution of hundreds of domestic violence situations.

The government is now proposing to cut the service charge element from housing benefit. This is the sum that pays for the support services that are needed and, we were told, its removal would be “another nail in their coffin.”

We were told that in London, at least, both established providers of refuges and the newer lowest-unit cost models are both giving up on refuge provision as the combination of commissioning, cuts and reduced benefits make them financially unworkable.

These are just two of the concerns we heard about. We have asked for more information on a dozen more and are now setting off to the regions to gather evidence from grassroots organisations far and wide.

All of our work will be done with a full understanding that we are in a serious economic downturn and there is a dearth of public funding for services. We are looking into concerns that women have already brought to us and our scrutiny will be resolutely forensic.

For instance, we will go one of the three areas where the government has directly funded new rape crisis provision, so that we can see services in as many differently resourced situations as possible.

However, I have cited only two of a number of concerns aired at our first meeting and if a fraction of the concerns set out for us there is repeated nationwide, we will come back with a worrying picture.